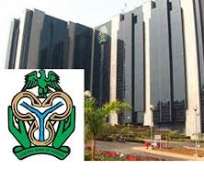 The Central Bank of Nigeria (CBN) has ordered Deposit Money Banks (DMB) to refund customers shortchanged by automated teller machines (ATMs') partial dispense error and those with non-dispense error who have not been refunded.

This even as the bank in another forum, disclosed that it has ensured that N14.6 billion was returned to customers shortchanged by ATM transactions with the banks between 2010 to date.

The CBN on Monday in a circular entitled, “Non-Refund of Monies to Customers Shortchanged by ATMs' Non-dispense or Partial Dispense Error,” signed by the Director, Banking and Payment System Department, Dipo Fatokun.

The regulator said that the chairmen of the Committees of Heads of eBanking and Heads of Operations had brought the development to its notice at a meeting held on April 15, 2014, at which the Card Schemes and Switches were present.

The major outcome of the meeting, CBN noted, was a directive to banks to reconcile their accounts, with a view to returning such monies to their owners. It, however, warned that failure to comply with the order would draw appropriate sanctions from the apex bank.

It directed banks to return all the monies in their possession as a result of ATMs' non-dispense or partial dispense error, not later than July 31, 2014, warning that going forward, and in compliance with Section 9.1 of the Guidelines for Card Issuance and Usage in Nigeria, acquirers should initiate the resolution, even without the prompting of the issuing bank as appropriate sanctions shall apply for non-compliance.”

Hajiya Kazeem, stood in for the Director, Hajiya Umma Dutse, during a press briefing to commence the Consumer Awareness Campaign in in Ibadan, Oyo State.

She said the CBN created the Consumer Protection Office in 2010,  and was later upgraded to a full fledged Department, in 2012.

She explained that as at last month, the apex bank had through its department, intervened and treated no fewer than 3,000 complaints from banks' customers across the country, saying the  development led to the refund of N14.6billion to customers.

She justified the week-long awareness campaign in Oyo State, arguing that the exercise is meant to ensure that customers are better served by their banks, as well as  being kept abreast of current developments in the banking sector.

She said the sensitisation campaign, includes stakeholders forum, a road show and discussions on radio and television stations in the state, while the exercise would be replicated in other parts of the country, including Abuja.

”We all will recall the events that occurred a few years ago in the financial industry. The Nigerian financial system was virtually on the brink of collapse,” she said.

“There was crisis in the financial and capital markets which had been triggered by the global financial crisis.”

She said the CBN introduced reforms to sanitise and stabilise the system, adding that Consumer protection was included as a cardinal component of the reform programme.

She said with the flag-off  of the campaign, it is hoped that through the collective efforts of all stakehoders, “we would be able to raise awareness amongst the people of the great city of Ibadan and its environs.”

In another circular last week, the central bank reported that some banks had been overcharging customers on the Commission on Turnover (CoT) in the last few months, while others had also imposed illegal maintenance fees on the CoT-free accounts. The CBN gave all the DMBs 30 days to refund the excess charges or face severe penalties.

The circular entitled, “Implementation of the revised guide to bank charges -Commission on Turnover' read: “It will be recalled that the CBN, in conjunction with the Bankers' Committee, issued the revised guide to bank charges (the guide) on March 27, 2013. Section 3.1 of the guide provides that CoT is negotiable subject to maximum of N3 per mille in 2013; N2 per mille (that is N1000) in 2014; N1 per mille in 2015 and that no CoT will be charged from 2016.”

Information available to the CBN indicates that some banks are still charging the CoT at the rate of N3 per mille, which was the agreed rate for 2013.”

The circular further stated that, “the CBN hereby reiterates that the maximum CoT allowed by the guide for 2014 is N2 per mille.