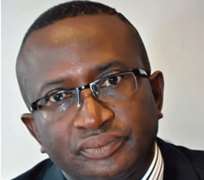 Senate Leader, Victor Ndoma-Egba on Saturday denied rumours that the leadership of the Senate was playing politics with the passage in to law of the Petroleum Industry Bill.

The critical bill, which is expected to restore full sanity into the petroleum industry in Nigeria, had been pending before the two chambers of the National Assembly since 2008.

Ndoma-Egba, in an interview with journalists in Abuja, maintained that the various committees in the House of Representatives and Senate had recorded impressive progress on the bill.

He insisted that no individual, group or agency of the government was using the legislature to deliberately slow down its passage before the end of the current legislative era.

He said, 'I am hopeful that the PIB will be passed before the end of the current Senate, I am very hopeful.

'It is a technical bill that comes with a number of aspects.

'Because of these various components we necessarily need to get several committees to work together.

'It is not very easy, if we have just two committees it is easy, but by the time you begin to have three, four, five committees, it becomes a bit problematic.

'So I don't think the PIB is jinxed.'
The Senate Leader recalled that some Nigerians were of the view that the Freedom of Information Bill was jinxed, but that the National assembly broke the jinx.

On the issue of the allegation that the executive or certain stakeholders were working on the legislature to frustrate the passage of the bill, he said such moves cannot succeed.

Ndoma-Egba also denied knowledge of any letter from the office of the Attorney-General of the Federation, asking the Senate to suspend probe of the S1.1bn Malabu oil deal.

Media reports had last week, quoted extensively from a letter from the AGF, Mr. Bello Adoke, requesting a stay of action on the probe because of a pending suit on the matter.

But Ndoma-Egba said no individual, group or government agency can stop the Senate from carrying out its functions.

On the alleged robust relationship between the Senate and the executive, Ndoma-Egba said the upper chamber was designed to stabilise the polity. Punch