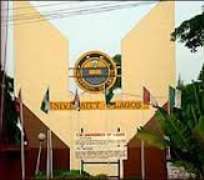 A young man Olaoluwa Oluwadara, has set record by bagging a Ph.D degree at the age of 24, an age at which many Nigerian youths would still searching for admission.

He bagged the degree in Mathematics at the just concluded 2012/2013 session convocation ceremony.

Olaoluwa who studied the Universite de Bangui in Central African Republic, where he   earned his first and second degrees in  Mathematics and Physics  in 2007 and 2008 respectively, graduated with a Cummulative Gross Point Average (CGPA) of 5.0 [first degree].

Tribune reports that Olaoluwa's feat supersedes that of Olabisi Adeyemi, a 26-year-old female who bagged a Ph.D with a CGPA of 4.98 in 2012 and Opeyemi Shodipe, 25 of Babcock University.

He appealed to the Federal Government to consider the demands of the striking lecturers to ensure that students of the polyechnics and colleges of education resumed their suspended academic work.

This, Rahman said was 'In the interest of our students and to stem the falling standard of education and the increasingly degenerating infrastructure facilities worsened by the insurgency of Boko Haram.'

He also emphatised with the Federal Government as well as the President on having to deal with the Boko Haram insurgency, praying for a quick resolution and return of the Chibok school girls that were abducted in April.

The vice chancellor further charged Nigerians on the need to support the Federal government and proffer some home grown solutions to the issue of insecurity in the country 'which seems to be hydra-headed and growing like a wild fire.'

The institution's Governing Council chairman, Professor Jerry Gana, while speaking assured that the name: University of Lagos would remain same just as the former Head of State, General Yakubu Gowon GCFR, stated on Tuesday, adding that the name itsekd is a source of pride. It would be recalled that President Goodluck Jonathan, in 2012, made an announcement to change the name of the institution to Moshood Abiola University, this decision was met with a protests and criticisms from many quarters and is currently pending at the National House of Assembly.

In his address, President Jonathan, who is also the visitor to the university, represented by the Executive Secretary of the National Universities Commission (NUC), Julius Okojie, reiterated the federal government's pledge to work towards improving the education sector in Nigeria by turning the 'brain drain in the Nigeria to a brain gain.'

He charged the 9,729 graduating students on the need work harder and equip themselves with the skills to be successful and relevant on this 21st century as, 'with every convocation, the future of our nation is assured.'