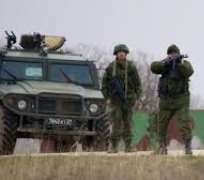 Iran warmed up for their fourth World Cup campaign with a 2-0 win over Trinidad and Tobago having also missed a penalty in a friendly played behind closed doors on Sunday.

Ehsan Haji Safi scored just before halftime and Reza Ghoochannejhad added their second nine minutes into the second period to boost Iran's confidence ahead of the finals.

The match took place at the training ground where Iran have been preparing for their Group F games starting with Nigeria on June 16 followed by Argentina and Bosnia. Haji Safi put the Iranians ahead in added time at the end of the first half after Trinidad failed to deal with Ashkan Dejagah's corner from the right.

Six minutes into the second period Iran were awarded a spot kick after Dejagah was brought down by right back Justin Hoyte but Javad Nekounam's effort was saved by Jan-Michael Williams.