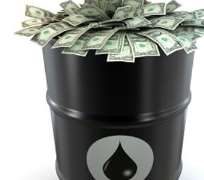 Indigenous and multinational companies operating in the oil and gas sector may continue to defraud the Federal Government of petroleum revenues. Yet the detail of this loss is shrouded in secrecy.

This trend does not only explain why corruption thrives in the nation's oil and gas industry, it highlights in a striking way how key public institutions conceive the right to know of the Nigerian public.

FOIA as a paper tiger
The agencies responsible for the collection of oil revenues on behalf of the government, and subsequently for the dissemination of information about such receipts and the outstanding payments, hold tight control on the information even in defiance to the existing law on the free dissemination of public interest information.

Section 2 (1) of the Freedom of Information bill signed into law in May 28 2011 by President Goodluck Jonathan states that a public institution shall ensure that, it records and keeps information about all its activities, operations and business.

Section 2(4) states further that, the public institution shall ensure that such information is widely disseminated and made readily available to members of the public through various means, including print, electronic and online sources, and at the offices of such public institution.

But the disregard for the provision of this section of FOIA is evident in the manner petroleum revenue-collecting agencies such as NNPC, DPR and FIRS; handle access to information at their disposal.

For starter, the details of Federal Government's earnings on petroleum as well as outstanding payments due to the government are not found on the websites of these government parastatals.

And the officials of those parastatals including their spokespersons are hardly well disposed to provide information.

The Ribadu report
Though the 2012 report of the Petroleum Revenue Special Task Force (PRSTF) headed by Malam Nuhu Ribadu attempted to throw light on the processes of the transaction in the petroleum industry and ascertain debts owed Nigeria by oil and gas companies, the implementation of that report remains stalled till date.

The implementation is sidestepped, according to the presidency, because of the flawed processes that produced the report.  Some of the data used in producing the report 'could not be independently verified,' said   the Senior Special Assistant to the President on Public Affairs, Dr. Doyin Okupe.

Notwithstanding, the Ribadu-led Task Force has disclosed that over 47 companies are allegedly indebted to the nation to the tune of several billion of dollars.

The report, for example, states that 67 oil block licences were awarded between January 2005 and December 2011, with an outstanding balance of $566 million unpaid in signature bonuses. And for the discretionary allocation of oil blocks reviewed by the Task Force, $183 million remains the outstanding payment.

On concession rentals, the report said that about $2.9 million was yet to be paid into the government coffers, while $3.027 was outstanding from the operators for crude oil royalties as at December 31, 2011 among other outstanding ones.

NEITI's Audit report
Part of the observation of the Task Force indicates that DPR was unable to collect the debt of $58 million representing the penalty for gas flaring as at the time of the report.

The 'lack of verification' of these figures, as the Presidency argued, may have foisted credibility crisis on the Ribadu report, but the audit report of oil and gas industry between 2009 and 2011 published in June 2013 by Nigeria Extractive Industries Transparency Initiative (NEITI) has also shown that oil and gas companies are indebted to Nigerian government to the tune of $9.6 billion, out of which only $2.4 billion has been recovered into the Federation Account.

In his e-mail correspondence with The Guardian, the NEITI Director of Communication, Dr. Orji Ogbonnaya said, 'From NEITI comprehensive independent audits of oil and gas sector, a total sum of $9.6 billion was identified as debt owed by companies and potential revenue to the Federation.

'This debt was as a result of under-assessment, under-payment and variance between what companies pay and what government received in form of royalties, taxes, signature bonuses, levies and sales of equity crude.'

With this figure, the outstanding debt payment due to Federal Government stands at $6.2 billion. This amount represents more than 20 per cent of the 2014 national budget. The amount indeed can offset Nigeria's N577 billion debts in 2013 with a balance of N466 billion left in the coffers.

Orji, however, admitted that NEITI's assessment does not capture the identities of the companies owing the country.

The Guardian therefore attempted to speak to other relevant agencies in the oil and gas industry, asking questions around how much is being recovered lately into the government's treasury, and which organisation still owes the government since the period covered in the report.

The Guardian sought information from the Department Petroleum Resources (DPR) which is empowered by the Petroleum Act of 1969 as amended, to collect royalties on producing concessions on behalf of the Federal Government of Nigeria. Monies so collected are paid into a designated Royalty account with the Central Bank of Nigeria (CBN) and credited to the Federation account on monthly basis.

Officials stonewalling
When approached, the spokesperson for DPR, Mr. Paul Osu advised The Guardian to submit a letter of request in order to be able to access the Department's records and to be able to speak to the director. The letter was submitted on April 30 at the DPR office, at No 7, Kofo Abayomi Lagos. Osu then promised that DPR would respond to the request shortly.   'We will revert to you as soon as possible with our feedback,' he said.  When there was no response, another reminder was sent on June 3 to Osu. His terse response again was: 'Please we will get back to you as soon as information requested is available'. The response never came till the time of this publication.

Meanwhile, a source at DPR, said information about earnings from oil and gas is often treated as confidential matter at the Department.

When similar questions were posed to the NNPC's Group General Manager, Mr. Ohi Alegbe, he rather directed a junior officer who identified himself as Michael to relate with The Guardian reporter.

The questions sent to Alegbe reads thus:
• How much is NNPC owed by the major marketers of petroleum products at the moment in term of the sales including current debt, total overdue, disputed debt and total debt outstanding?

• Why does Nigeria sell 100 per cent of its crude to private commodities traders instead of selling directly to refineries as alleged by Ribadu and NEITI reports?

Michael responded thus on May 5: 'Seen. Will revert'.  When he was reminded on May 7, he responded: 'Ok'. And that was the last word from Michael, for subsequent reminder was probably ignored or escaped his attention.

A check on the NNPC website also did not provide relevant information to ascertain the Federal Government earnings from oil. Even the publication on the oil and gas sector activities provided on the site was issued with a caveat. It reads thus:  'This publication presents information on the oil and gas industry. Its content reflects individual as well as general analysis and trend of activities that characterised the industry within the country. Although NNPC endeavours to ensure accuracy of information in these documents, it cannot guarantee 100 per cent accuracy nor can it be held liable for errors that may occur.   Users are to note that use of any information herein is purely at their discretion.'

It is little surprise then that NNPC is being judged one of the world's most closed oil and gas companies. A joint report by Transparency International, a Berlin-based anti-corruption monitor, and the Revenue Watch Institute in New York judged the NNPC to have the worst record of 44 national and foreign companies it examined. A recent external audit said it was 'accountable to no one.'

When The Guardian called on their regional office on Lagos Island, a desk officer who did not want his name mentioned because he was not authorised to speak, advised The Guardian reporter to stop wasting his time, because trying to find out the amount owed Nigeria in Petroleum Tax from FIRS is a task that would not produce result. 'Nobody here will be willing to speak on that subject. Such information is confidential,' he declared.    Notwithstanding, he requested that a letter of request be written and addressed to the regional coordinator. The letter was submitted on May 2, 2014 but no response came forth till the time of this publication.

In the 2012 annual compliance reports on FOIA provided by the Attorney General of the Federation and submitted to a human right group, Right To Know (R2K), the finding shows that of all the ministries, departments and agencies in Nigeria, only 23 submitted annual compliance reports, neither NNPC, DPR nor FIRS is included in the list. It is not unlikely that these agencies would still be missing on the 2014 annual report when it is published.

Culled from The Guardian. This report is supported and funded by Wole Soyinka Centre for Investigative Journalism (WSCIJ).