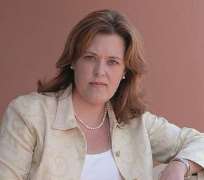 Streamlining and efficiency are always considered good business practices, but before the global economic downturn it could well be argued that efficiency was not as widely regarded as immediately essential. Now, as companies continue to face tougher business conditions, there is increased pressure to make efficiency a top priority.

The latest survey by Regus, the global workspace provider, reveals that many companies have already adopted this mind-set - 53 per cent of businesses surveyed looking for more efficient service providers and 24 per cent planning to reduce business travel.

Reducing a company's carbon footprint is an important part of the push for greater efficiency, as not only does it save money by reducing waste, but it also improves a company's image and reputation.

The businesses surveyed by Regus have a varied set of priorities when it comes to becoming more efficient - over the next two to three years they aim to reduce commuting (cited by 46 per cent of businesses), office waste (41 per cent), non-air business travel (34 per cent) and underused office space (32 per cent).

Unsurprisingly, there is a quite significant difference of opinion between industries as to which areas of their business should face the biggest cuts. Most sectors are in agreement that commuting is the activity most easily and effectively reduced to improve their carbon footprint, but notably 52 per cent of businesses in the media industry and 48 per cent in the ICT sector single it out as a main concern, higher than the average.

Cutting down on non-air travel to business meetings is a priority in the health sector, with 39 per cent its businesses saying it could be easily and substantially reduced in their drive for a greener business and more productive business.

The number one area for efficiency cuts in the banking sector was underused office space, with 38 per cent of business in this industry seeing it as an easy way of becoming more carbon neutral. 34 per cent of businesses in the ICT sector also identified this as an area ripe for reduction.

So why is there such a premium attached to the efficient use of office space? While it may seem surprising at first glance, office space directly impacts a company's carbon footprint in a number of other areas. Permitting staff to work from offices in another part of the country would significantly cut down commuting and business travel. Likewise, if employees work closer to home and make use of modern technologies such as video conferencing, online meetings and web application-sharing, this would make a great difference to the reduction of a business' emissions and costs.

The survey also found differences between large and smaller businesses in their mission for efficiency. 47 per cent of small businesses identified commuting as the area most easily and effectively reduced compared to only 40 per cent of large companies. Just over a third of larger firms also identified underused office space as the most likely to face the axe.

Inefficiency in all its forms is clearly one of the bugbears of business, so the benefits of green cuts are clear - they save money, energy and improve the company's image.

But with commuting being one of the biggest contributors to the carbon footprint, companies are keen to bring it down in any way possible. Cutting it back will lead to healthier and happier employees and fewer unnecessary journeys, as well as reduced emissions and costs - a win-win situation for companies and employees.