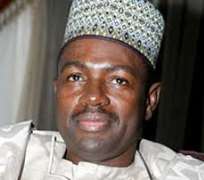 The first loan of $200 million from the International Development Association (IDA) was for the Second Lagos State Development Policy Operation, while the second loan of $42.3 million is additional financing for the Lagos-Epe Secondary Education Project.

Minister of Information Labaran Maku announced the approval after FEC meeting presided over by President Goodluck Jonathan in Abuja on Wednesday.

There is 0.5 per cent commitment charge, 0.75 per cent service charge and 1.25 per cent interest per annum on the loans.

They are to be repaid in 25 years. There is a five-year moratorium.

Maku said: 'The Coordinating Minister of the Economy/Minister of Finance Dr. Ngozi Okonjo-Iweala brought a memo seeking the council's approval to obtain additional credit facility from the IDA in support of the Second Lagos State Development Policy Operation.

'The objective of the project is to improve on public finance in a sustainable manner and consolidate on the achievements recorded under the first phase of the project. The project covers the construction of a 27-kilometre light rail, schools and the Adiyan Mini-Water Works, which would provide two million gallons of water per day.

'The FEC approved that the Ministry of Finance obtains additional credit facility of $200 million from IDA.

'The council also approved that the Coordinating Minister for the Economy (CME) should execute the financing agreement on behalf of the Federal Government. It directed the Attorney-General of the Federation and Minister of Justice to issue the legal opinion required to render the credit effective.'

On the second loan for Lagos State, Maku said: 'After deliberations, council approved that the ministry of finance obtains an IDA credit of $42.3 million as additional financing for the Lagos-Epe Secondary Education Project.

'The council approved that the CME should execute the financing agreement on behalf of the Federal Government and direct the Attorney-General to issue the legal opinion to render the credit effect.'

He said: 'The training component in the previous maintenance contracts offered opportunity for 22 workers of the Abuja Environmental Protection Board (AEPB), including engineers, scientists, technologists, technicians and others, to acquire skills and experience in the operation and maintenance of sewage treatment plant. There was a budgetary provision in the 2013 FCT Appropriation to fund the project.