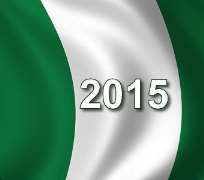 I have no doubts in my mind that, anyone who will see the title of this piece will fall in to the temptation of concluding that, the author of this powerful, wonderful and revealing article is one of the hirelings on the payroll of the presidency, thereby rushing to dismiss the entire work, instead of taking time to read and ponder on the issues backed with verifiable facts the author raised in this write-up!

However, the February 14, 2015 Presidential Election is very much around the corner, 'watching and smiling' at the gladiators. Hence, going by media calculations and permutations not sometimes backed with the true state of affairs on the ground, especially with regards to our political culture, one will say that, next year's Presidential Election will be historic because, this will be the first time since 1999; the ruling party would be challenged by merged opposition political parties in the country. Though, the opposition parties have been challenging the PDP since 1999, but not in this very form! Apart from media calculations, another yardstick that should give rise to the nation that, the opposition can challenge the ruling People's Democratic Party (PDP) is the defection of five former PDP Governors to the ranks of the merged All Progressives Congress (APC), bringing the total numbers of governors in its fold to 16, while the ruling party maintains its majority with 18 governors. The remaining two states under the control of the All Progressives Grand Alliance (APGA) and the Labour Party (LP) also serves as a plus for the PDP and President Good Luck Jonathan because of the extant alliance which dates back to 2011, when the two parties gave their endorsements to President Good Luck Jonathan during the last round of Presidential Election in the country.

Similarly, still judging by the calculation that, the ruling party and the two states of Anambra and Ondo, which are under the control of APGA and Labour Party, automatically gives President Jonathan leading votes in 20 states, there is no way the PDP and President Jonathan cannot get significant votes in four states to make Dr. Jonathan the President-Elect, since the Electoral Act says that, a candidate must win in 2/3 of the states of the federation. Now, the 2/3 of the 36 states of the federation is 24. With this, President Good Luck Jonathan is already waiting for his inauguration on May 29, 2015!

Furthermore, another factor that will work in favour of President Jonathan besides the power of incumbency is the fact that he has many records on ground to run on! In fact, at the Nigerian Bar Association (NBA) function held in Abuja in 2012, a forum President Jonathan used in promising Nigerians that, the preceding year 2013 would be better for the country; many Nigerians looked at the situations on ground emanating from many years of neglects, and then doubted the President and dismissed him with a wave of hand! Also, when Dr. Doyin Okukpe, the Senior Special Assistant to President Good Luck Jonathan on Public Affairs told Nigerians in the same challenging year 2012, that, Nigerians would beg President Jonathan to seek re-election in 2015 because of what he would have achieved in his first term of office, I was among the Nigerians that doubted Okukpe, but, because of what the President has been able to achieve in the past year 2013 alone, I want to use this opportunity to formally ask President Good Luck Ebele Jonathan to seek re-election, and I will mobilize, support and work for him to ensure his victory at the polls!

It will be recalled that in the past year 2013 alone, President Good Luck Jonathan's administration achieved a lot in the Power sector, Education Sector, Agricultural Sector, Rehabilitation and Expansion of National Infrastructure as well as Employment Generation among others. As a young activist and commentator, I have written extensively on youth's unemployment and its effects on any nation! For the doubting Thomas's, they can go to any Thisday and Daily Independent Newspapers offices nationwide to buy and read the complete versions from 2011 to 2013 to substantiate my claims. At a point, I even called for a 'Triangular Partnership' between the government, banks and the faith based institutions, when my first call for the establishment of venture capital in 2012 failed. So, when President Jonathan's Government finally created about 1.6 million new jobs for Nigerians in 2013, my first reaction was, this is what Obama should come and learn from Nigeria. Why I said so was because, President Barrack Obama was only able to create 5 million new jobs for Americans in his first term of office, but, here in Nigeria, we have a President who was able to create 1.6 million new jobs in a year.

Also, the Education Sector got a boost as the allocation to the sector moved from N224 billion in 2007 to N634 billion in 2013. The figure above does not include the improved access to education which culminated in the building of 125 Al-majiri schools, the establishment of three additional Federal Universities in the North, bringing the total number of Federal Universities established by President Jonathan to 12. In the same vein, 352 Laboratories were rehabilitated while 72 new ones were constructed in all the Unity Schools and 51 Federal and States Polytechnics in the country.

Within a year, the Agricultural Sector got the transforming touch of the President. With the introduction of the e-wallet system, over 4.2 million farmers got fertilizers at a highly subsidized rate under the Growth Enhancement Scheme (GES). That success also helped in the production of over 8 million metric tons of additional food in the country; bringing down the cost of food importation from N1.1 trillion in 2011 to N648 billion last year.

With the successful implementation of the National Industrial Revolution Plan (NIRP) whose mandate is to industrialize and diversify our national economy from over dependence on oil and gas industry to agro-processing, light manufacturing, petrochemicals among others, the country is now better positioned to joining the next emerging global economic giants after Brazil, Russia, India and China (BRIC), which according to a BBC documentary is acronym MINT. The MINT countries are; Mexico, Indonesia, Nigeria and Turkey. Like the President once said: 'Our economic priorities will be stability and equitable growth, building on the diverse sectors of our economy'. This new policy led him to negotiate a favourable Common External Tariff Agreement with the Economic Community of the West African States (ECOWAS). Also, the new backward policy of the Jonathan's administration is fast moving Nigeria from an importing country to an exporting country! For Example, the country has moved from being an importer of Cement to becoming a net exporter of Cement. As at the end of last year, there was an astronomical increase in our local cement production capacity as it moved from 2 million metric tons in 2002 to 28.5 million metric tons as at the end of the year 2013. No wonder, the United Nations Conference on Trade and Development (UNCTAD) named Nigeria as the number 1 investment destination in Africa in the year 2013.

Last year also saw the drastic reduction of our inflation rate from a mind boggling double digit status to a single digit number of 7.9 percent as the end of last December. It is also on records that, in 2013, there was no usual fuel scarcity during the yuletide seasons in the country. There are many reasons I could give to justify my call on President Good Luck Ebele Jonathan to seek re-election and my stance on why they would be no vacancy in Aso Rock, but, in other not to bore my readers with an overload of statistical figures which are verifiable and are there for any objective critic, analyst and commentator to see, I will stop here until the President declares his interest to seek re-election for the next year's Presidential Election!