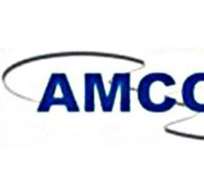 The Asset Management Corporation of Nigeria (AMCON) has objected to a suit filed by convicted former Managing Director of the defunct Oceanic Bank Plc, Mrs. Cecilia Ibru, seeking to regain the properties she forfeited to the Federal Government on her conviction in October 2010.

She was, upon a plea bargain arrangement, convicted by a Federal High Court in Lagos, which sentenced her to six months imprisonment. She was made to forfeit assets worth N191 billion comprising 94 choice properties across the world including the United States of America, Dubai and Nigeria to AMCON.

Ibru, who sue for herself, the Ibru Group and three others, is by her suit seeking, among others, to stop the Attorney-General of the Federation and AMCON from further taking any steps towards implementing the terms of the plea bargain and settlement agreement leading to her conviction.

She equally wants an order directing parties to return to status quo prior to November 12, 2013, when AMCON obtained an ex-parte order in respect  of the properties.

Ibru alleged that AMOCN 'mischievously obtained an ex parte order from the court' on November 12, 2013, without disclosing material facts in the plea bargain agreement.

Shortly after the case was filed in April, trial judge, Justice Ahmed Mohammed on April 29, 2014, granted an interim injunction restraining the two defendants (AGF and AMCON).The judge also ordered the defendants to appear in court to show cause why the order to maintain status quo should not be made.

Yesterday, the AGF was not represented. But AMCON's lawyer, Ademuyiwa Balogun urged the court to dismiss the suit for lack of jurisdiction.

He said there was no urgency requiring the court to make any preservative order.

'The cause of action arose in November 2013, the plaintiff only approached this court in March 2014, it is a clear admission that there is nothing urgent to protect,' he said.

Justice Mohammed agreed with Balogun and said he would not make any preservative order when his jurisdiction to entertain the suit was being challenged. He adjourned to June 22 for the hearing of the notice of preliminary objection by AMCON.