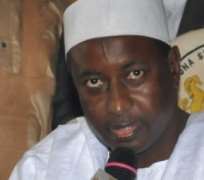 No fewer than 18 new births and three miscarriages have been recorded in the last three months at the refugee camp in Kaura local government area of Kaduna State following recent attacks on the people of the area.

Unknown gunmen had on 14th March, 2014 unleashed terror on four villages of Bondong district, killing 149 persons as well as rendering over 2, 670 persons homeless.

When LEADERSHIP visited the camp at the Model Primary School, Bondong over the weekend, it was discovered that the babies were delivered in the camps through traditional method and without proper medical attention.

Matins Bala, who is the camp coordinator, told LEADERSHIP that the number of the people in the camp is 2, 670, with three women having miscarriages due to lack of medical care.

He said, 'We had 18 women giving birth in the camp to 18 children. Three people later died in the camp.'

Mrs Rahab Gabriel, Mrs Rose Danjuma and Mrs Happiness Obadia who were among the women that gave birth at the camp, told LEADERSHIP that they gave birth through traditional method.

According to them, only baby bathing soaps and towel was given to them at birth, as their husband's only means of livelihood were destroyed by the gunmen.

Meanwhile, the National Emergency Management Agency (NEMA) has donated relief materials to the survivors of the attacks in order to help cushion the plight of the people.

Presenting the items, NEMA director general, Sani Sidi said, 'When the incident happened, the agency made a rapid response to established camps and provided relief succour to the victims. Since then, we have been monitoring the camps from time to time through our Kaduna zonal office'.

The DG who was represented by the director of administration, Dr Zanna Mohammed advised the people to make proper use of the building materials and support the government's efforts towards ensuring permanent peace.

Additional items given by the agency to the affected victims are 1105 bundles of roofing sheets, 600 bags of cement, 663 bags of zinc nails, 884 bags of roofing nails and 1000 pieces of ceiling sheets. Leadership