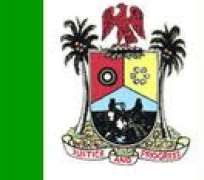 The Chief Judge of Lagos State, Justice Ayotunde Phillips, on Wednesday advised magistrates in the state to live above board in the discharge of their duties.

Phillips gave the advice while swearing-in 12 new magistrates in Lagos.

She said that the task before the magistrates was enormous due to the increasing workload of the Lagos State Judiciary.

'Your appointment was done to decongest the courts and ensure speedy and prompt dispensation of justice, especially in relation to inmates awaiting trial in our prisons,' Phillips said.

The chief judge said they were appointed solely on merit, adding that they should protect their reputation jealously by working hard working and being incorruptible.

She urged them to embrace the Code of Conduct for Judicial Officers as a steering wheel in navigating the judicial terrain.

'The mastering of the laws will help you in the effective discharge of your duties as ministers in the temple of justice,' Phillips said.

The News Agency of Nigeria (NAN) reports that two men and 10 women were appointed as magistrates.

With their swearing-in, Lagos State now has a total of 119 magistrates.

Responding on behalf of the magistrates, Lateef Owolabi, assured the chief judge that they would discharge their duties to the best of their abilities. (NAN)