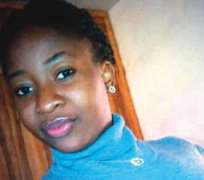 One of the victims of last Tuesday's twin bomb blasts at the Terminal Market, Jos, Plateau State, Lydia Komolafe, had in weeks preceding her untimely death lamented the incessant loss of lives to the Boko Haram insurgency, The Punch reports.

n
According to the newspaper, the deceased did this in a series of tweets.

On May 19, two days before the Tuesday attack, Komolafe prayed for a brighter and rewarding week. This was expressed in the post she penned on her Twitter page which read, 'This week, I shall be satisfied with favour.'

Sadly, this was not to be as Komolafe was one of the seven students of the Medical Laboratory Science Department of the University of Jos, who lost their lives in the bombing.

n
In the report, the paper said a cursory look at her Twitter timeline and the activities therein revealed that she was indeed philosophical as she was clearly not apolitical, as evident in her posts.

In some other tweets, the late undergraduate spoke as she had the slightest premonition that she may become a victim, herself.

She posed a rhetorical question in a tweet, 'Hmm, now we don't know if our parents or siblings are safe in the park, church, mosque, market, and schools. The airports are not left out. I forgot, Aso Rock, isn't left out either.

'They (Boko Haram) go wherever they want! It's a fight against Nigeria, and Nigerians are helpless. Because they didn't curb it at first, terrorism has grown so wild!,'

She also enjoined Nigerians against the belief that insurgency is only a 'northern problem.'

At various times, the late Komolafe indicted the Federal Government for allowing the insurgency to fester and expressed concerns that Nigerians were no longer safe in motor parks.

For instance, when a second bomb went off in Nyanya, a suburb of the Federal Capital Territory, Abuja, on May 1, Komolafe, expressed deep concerns over the violence and called for prayers to end the extremism.

Her tweet at the time read, 'Pray for Nigeria, Nigerians can't sleep! We are not even secured in the midst of road blocks! This has got to stop!! Who's going to be our 'Avatar' in this nation?'

Arguing that terrorism had indeed 'grown so wild' in Nigeria as it had become a daily occurrence, Komolafe accused the Federal Government of playing the ethnic and political card with the insurgency from the outset.

Her thought-provoking tweets in this regard read, 'They ignored the red flag for terrorism when it started earlier in Jos and Kaduna. Nobody cared. They called it all kind of names. They called it religion, ethnic, political. We suffered in silence. They shut us up! Now it's coming closer 'home,' the seat of government and everyone is crying wolf!

'If only we had curbed it earlier! They left it to our governors to fight it; they brought soldiers who molested us! Nobody cared! I'm not being insensitive; I'm just saying if we had saved the cup of milk from falling, we wouldn't have been worrying about the spill now.'

Komolafe urged Nigerians to refrain from actions and inactions capable of brewing acts of terrorism. Treating members of other religions, ethnic and political groups, she argued, was capable of breeding terrorist actions.

'Boko Haram started like a joke, we prayed, cast and bound, we did nothing! The citizens kept pointing fingers at the government! Calling it different things! We thought it will vanish. Or maybe, since it started in the north it would remain there. As long as it didn't go down south, they didn't care.

'They tagged it a northern syndrome. Little did they know that it wasn't going to be restricted for long! Today there's a blast, tomorrow nobody cares. Fighting terrorism isn't only for the government, it's for us too! What we say, what we preach how we live, reflects if we are terrorists or not,' another post read.

Komolafe, who was a passionate fan of Chelsea Football Club of London, during her life-time also lent a voice to the ongoing global campaign demanding the release of the abducted Chibok girls.

'With one voice, let's speak against terrorism. I'm not calling for protests or any of that sort! The moment you hold hate in your heart, you're giving room to hateful thoughts that could lead to terrorism. Nigeria will get past all this! So help us God!'

Often, she expressed her thoughts and views with the hashtag, #BringBackOurGirls.

Her words, 'Nobody should be punished for going to school! There's no basis to this kidnap! Our hearts are bleeding. Please bring them alive! May the angels protect them wherever they may be.'

Meanwhile, tributes have been pouring in for the late student. One of her close friends, Zion Abiodun, described her as a 'Yoruba girl who loved the North like anything.'

'I am trying to stop the tears, but it's difficult. I have never cried for anyone this much, just can't hold the tears. I need to wake up from this dream,' Abiodun added in a tribute to her on Twitter.