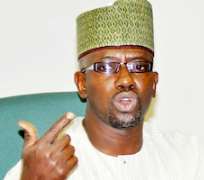 Justice A. R. Mohammed of a Federal High Court siting in Abuja on Monday accepted the apologies rendered on behalf of the House of Representatives by Mr. A.B Mahmud, a senior advocate of Nigeria, for failing to appear as directed by the court to clarify the misinformation over a purported order stopping the House from probing the minister of petroleum over an aircraft charter transaction, as well as show cause why the restraining order sought by the embattled minister should not be granted by the court.

Petroleum Minister, Diezani Allison-Madueke had approached the court seeking to stop the House of Representatives from inviting her to its investigative hearing on an alleged N10 billion aircraft charter by the minister.

She also wants the court to restrain the House of Reps from requesting or demanding from her any document relating to the controversial aircraft charter transaction pending the hearing and determination of her case.

However, while the court declined to grant the interim orders sought by the minister, it ordered the House of Reps to appear and show proof why those orders should not be granted. The House however convened a press conference where its Committee on Information, headed by Hon Zakari Mohammed, told journalists that the court had made an order stopping them from going ahead with their scheduled probe into the controversial multi-billion naira aircraft charter scam.

Riled by this development, the court ordered the House to come and clarify their claim over the purported court order. This directive was serially ignored by the House until today's proceedings.

The House of Reps' lawyer, Mahmud, apologized profusely for his client's seeming disdain for the court and pledged to have his client convene another press conference to correct the earlier misinformation it issued over the court's order.

He also told the court that the said Hon. Zakari was to have appeared before the court today to apologize for misinterpreting what the court ordered but for a scheduled medical appointment abroad.

Following the court's acceptance of the apologies as well as the lawyer's undertaken to ensure that the House of Reps convenes a fresh press briefing to convey the proper position of things, Mahmud requested for time to enable him prepare a response in respect of the court's directive for his client to come and show cause why the orders sought by the minister should not be granted.

He argued that what he responded to and filed in preparatory to the hearing of the suit was a response on the substantive matter and not on the interlocutory as that part of the process filed by the minister was not handed over to him by his client.

Allison-Madueke's lawyer, Etigwe Uwa SAN, indicated that he would not object to Mahmud's request for an adjournment if only the court would direct the House of Reps to stop further action with respect to its investigation into the aircraft charter issue.

Etigwe informed the court that the Speaker of the House of Reps had last Wednesday directed the Public Accounts Committee mandated with the investigation over the issue to go ahead with it and submit findings in three weeks time since, according to the Speaker, the court had not stopped them from doing their work.

The minister's lawyer contend that the request for time was a strategy to tie his client's hands behind her back while the House goes ahead with the same investigation that she seeks to stop.

Relying on the principle of 'lis pendis' (pending legal action) the senior advocate argued that the House of Reps should ordinarily, even without the court making any order, stop further deliberations on the controversial aircraft charter issue having been served with court papers showing that the matter is already pending before the court.

'The principle of lis pendis demands that once a matter is pending before the court, no further action should be taken to overreach the court. The directive of the Speaker to the Public Accounts Committee to go ahead with the investigation into the issue will foist a fait acompli, a state of helplessness upon this court' Etigwe argued.

His position was contested by Mahmud who pleaded with the court not to allow it to be used by the minister to stop the House of Reps from conducting its constitutional functions.

'No court should allow itself to be used to stop an institution from carrying out its constitutional duties. This court cannot grant the orders sought by the minister without looking at the entire processes filed in the substantive suit' Mahmud said.