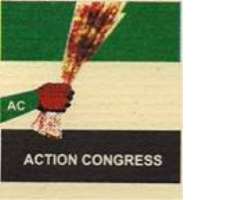 The National Working Committee of the Action Congress at its recently concluded meeting in Abuja deliberated on pertinent issues some of which may very well set the stage for greater collaboration within the party machinery in Rivers State. Rising from the occasion the Chairman of the event and also National Chair of the party Chief Bisi Akande, resolved that certain stakeholders in the Rivers State Chapter of the Party like Dr Abiye Sekibo, Sgt Awuse, Chief Birabi and others, be allowed to have a say and thereby participate effectively in party affairs.

Prince Tonye Princewill, AC leader Rivers State, elated at the outcome of the NWC meeting, expressed his delight over the development and applauded the resolve of these great sons of the state to embrace the party. Whilst expressing readiness to welcome them back into the fold by setting in motion a process that would ensure a heroic reception for them, he stated thus “I encourage these great sons of Rivers State and other Rivers State indigenes to come forward and identify with the aspirations of the party ... I am optimistic that this decision signifies greater things ahead for the party...Rest assured, I will do everything politically expedient to welcome them back to our fold''.

As to their relevance in the party, Princewill spoke candidly on each gentleman thus “Dr Birabi has always been with us, in the case of Sgt. Awuse, he is coming back home to roost. The AC is a party he laboured hard to build and no doubt he must have experienced firsthand the futility of jumping ship. To this end we would accord him the necessary courtesies and in the case of Dr Sekibo, I am pleased that he has chosen at this point in his career to join forces with the party of the future a party that would gladly welcome him and put behind the memories of a time he sought to destroy it, especially with his and that of his masters like Odili and Obasanjo roles in the frustration of Alhaji Atiku Abubakar out of the PDP and subsequently denying him a shot at the Presidency through PDP platform. This exposes the lack of principle, ideology and most importantly the short memory Nigerian politicians have and how forgiven our National Leader, Alh Atiku Abubakar is in accommodating politicians that hitherto were hell-bent to destroy him in the past. In addition, I will however advise Sekibo that considering his antecedents in politics that he does the right thing by formally registering at his ward instead of his futile romance with some elements in the National leadership of the party in Abuja. He must be guided with good intention in joining the party as if the plot is to use Rivers State AC to destabilize the Amaechi's Administration or take us back to the period of the Odili's legacy then he may have us to contend with.

In the same vein, we will like to congratulate and commend Prince Tonye Princewill on his new position as a member of the AC's Board of Trustees (BOT) and the recognition accorded him by the National Leadership as a good party Leader in the light of his endless interventions in both Edo, Bayelsa, Ekiti and Adamawa State guber elections where he made some reasonable funds available to these Chapters and his constant interventions in the affairs and funding of the AC Structures in the South-South region.

We are happy to note that plans have been concluded by the Rivers State AC Leader to intervene in the Anambra State February, 2010 gubernatorial elections in order to ensure an enduring leadership for the State through Dr. Chris Ngige, AC flag bearer in the State.

Meanwhile, Princewill has directed all Local Government Chairmen and Ward Chairmen of the party to liaise with Secretary of the party, Mr. Okis BobManuel to collect registration forms for onward distribution to old and intending members of the party that want to rejoin or join the party in the State. The Leader directed thus, “Every good son and daughter of Rivers State whether mighty or poor that wants to make a change in the politics of Rivers State must ensure that he or she purchases the registration forms to truly validate their membership”.

We wish to thank all party faithful who have against all odds stood firmly behind Princewill as State Leader. We urge them not to relent as we stand poised to take the party to its destination and ignore every attempt of unnecessary distractions of unsubstantiated rumours of financial impropriety from political jobbers within the system.