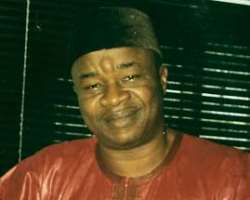 One of Nigeria's ace producers in the movie industry, Mr. Wale Adenuga, is set to trigger a positive revolution in the production of quality celluloid films in the country with the acquisition of modern production equipment.

Adenuga who has continued to dazzle television viewers across the country and beyond with such drama series like Papa Ajasco and Company, Superstory, ThisLife and Binta, My Daughter said the days of wishy-washy film productions were over.

“There have been so much criticism about most productions being churned out by some producers. We cannot continue to fold our arms and watch. That is why some of us have to step in to correct this,” he stated.

As soon as the equipment which gulped millions of naira arrived the country from the United Kingdom last week, Wale Adenuga productions hit location with the cast and crew, and the shooting of a film, which he said would be the talk of the town, commenced.

Adenuga, who is still keeping the title of the film under wraps, hinted that the story itself “is unique and we assembled top role interpreters in the acting world to give life to it.”