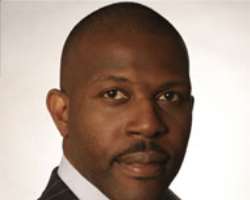 Human beings are remembered or sworn into oblivion for the good or bad things they did or the problems they solved or the ones they created while alive. In a clime where the gap between the have and have not (rich and poor) continue to widen everyday, the latter continue to find it difficult to aspire and accomplish their educational aspiration. This situation accounts for the great number of those who ought to be in school but are not. Their situation is more often compounded by the astronomical rate of school fees.

The art of philanthropy can be found in individuals that have positive human feelings and the wherewithal to identify with the needy. It is the above that informed the Action Congress Leader and Chairman Board of Trustees of the Forum of Organized Opposition Political Parties (FOOPP) in Rivers state, Prince Tonye Princewill to enlist as the forerunner of King (Prof) TJT Princewill's Pet Project and Scholarship Scheme in which over one hundred and twenty Kalabari undergraduates around the globe benefit from his humane services yearly. Through this project some who would have dropped out of school due to financial constraints are enabled to pursue their educational career.

As a sports lover, he on the 26th of July, 2008 sponsored twenty youths and six journalists to the Federal Capital Territory, Abuja to watch live the match between two giant English clubs, Manchester United and Portsmouth. Twenty fans were selected out of five thousand fans through a draw, ten females and the other ten males of Niger Delta extraction. For the two days they spent in Abuja, hotel accommodation, daily allowance and feeding as well as transportation was adequately provided. The reason for the gesture according to a close source was not only to enable the fans to have first hand experience of Abuja but to also watch live, for the first time, the two clubs play and to eventually propel them to make a career in sports.


At the tail end of June 2009 TP as he is fondly called donated an 18-seater Bus to the National Association of Ijaw Female Students. The aim is to help the body enhance its mobility in the area of carrying out workshop and sensitization programme in the Niger Delta region. The visit was marked by the conferment of Leadership and Human Development Award by the association on Prince Tonye, for his role in maintaining peace and development in the region and his resignation as the Chairman of the Presidential Vision 2020 Sub-Committee on Niger Delta.


Lately, he has also been at the forefront of the sponsorship of movies in the state through the famous Silverbird Cinema. This is seen in the sponsorship of 'NNENDA' and 'Figurine' two months ago. Before the screening of NNENDA, on the 12th of September, 2009 Princewill in company of Adonija Owiriwa amongst others had earlier gone to present items worth thousands of naira to some of the orphanages in the state for the up keep of the orphans.


With first hand experience of the state of equipment at Tide Newspaper office and even moved to tears, Prince Tonye donated three Laptops to the newspaper outfit to press home his concern towards the plight of the media organization. Little wonder some describe this blue blood and only son of King (Prof) TJT Princewill as an agent of change, compassion and charity.


With these leaps into charitable works, the question is, will he be able to sustain it given the prevailing economic situation? Time they say will definitely tell.