Why we agreed to retain 13% derivation â€' Obong Attah 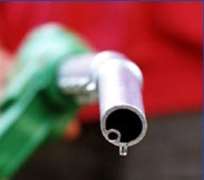 A former  governor of Akwa Ibom State, Obong Victor Attah, has given an insight into why the South- south  delegates in the Committee on Devolution of Powers at the on- National Conference agreed to the retention of the status quo of 13% derivation for oil producing states, saying the delegates, in their wisdom, decided that Nigeria must be considered first.

Speaking with Sunday Vanguard, yesterday,  Attah,  who is the Co- Chairman, Committee on Devolution of Power, said the decision to retain the 13% derivation was taken to ensure that certain things were protected within the entity called Nigeria and to guard against what may lead to secession or further inflict  wounds against the backdrop that the country was, at the moment, facing security challenges.

Attah, who noted that the Justice Idris Kutigi-led 2014 National Conference will not be the last of its kind in Nigeria, stressed that the issue of  resource control will certainly come up again for discussion.

'You just said it was volatile, it was incendiary and it was capable of scattering the  conference; there  is  no doubt in my mind about that. So we recognised the enormous responsibility that was put on our heads and on our shoulders and we took a decision that however long it would take and to the extent that would be possible, we would discuss until we exhaust ourselves and come to a mutual understanding of the position that we know would not cause further disruption in the polity, but rather would help and move the country forward. It was not an easy task. It was a  way of negotiating a mine field. It was a mine field and anything could have exploded,  but, by God's grace, it didn't', he said..

'The conference delegate stated, using wisdom, we finally decided that Nigeria  nust come first. Certain things must be protected within that entity called Nigeria; but where it must be subjected to the survival of the country, we must all agree to do so. I have said it, this is not the first conference and won't be the last. There would be other such conferences. And I am happy that we were able to reach all of our major decisions not just by consensus but in fact almost through full agreement. What happened  at  the plenary was very informative. Once a position is tabled and that position is not acceptable to some members, you  discuss until you reach  agreement; whether by voting or by consensus  or whatever, that becomes the position of the committee.'

When asked whether it was through mutual understanding and members' resolve to agree with the 13% derivation against the backdrop of  the proposal from the North for 5%,  the  former governor said, 'I do not want you to isolate the issue of 13%. Look at it  from the angle of destabilizing the polity. At the beginning, some of us from the South said  we wanted total resource control. We said we wanted  to go back to where we  will control our resources and pay whatever is prescribed which cannot be more than 20% to the centre.'

'He continued: The Constitution says oil, minerals belong to the Federal Government. We said  we would like that clause  changed. We wanted  derivation to be  50%. At  committee meetings,  people  brought out all kinds of statistics.

'There was a  motion that  if you want an increase in derivation beyond 13%, how do you view NDDC, how you do view the Niger Delta Ministry, how do you view Amnesty Programme? Are those not money that would have effectively added to the derivation? So if you want an increase in derivation, we are going to insist that you remove those three things. Any suggestion  like that will set fire to the whole county.

Dichotomy 'Some now said  we may even consider small  derivation increase  if  we  accept that dichotomy  means that everything onshore belongs to everybody commonly and we only give derivation on what we produce. So, it was more or less you have to accept 13%. 'And we really had to be clever about it and I call it clever; there is a member of the committee that said  there is no part of this country that cannot  generate as much money as the oil states are generating.

'I brought an article that said that the money being stolen is even higher than what we are looking at in oil bunkering and that the volume of money that solid minerals could generate could even be higher than what oil is generating today. So the committee decided to set up a fund  to make it possible for those with undeveloped potentials to be developed, to be brought into production so that everybody will have something from which they can get derivation.

'So it  was a matter of where do we end up? We insisted that there must still be some increase, however small on 13%. 'We fought on the side of the people who are not talking about derivation  and who at the moment have not developed  their resources. It became clear to everybody that it will aggravate the already bad (security) situation that we have in the country. So  we decided that if for the sake of the country we leave things alone for the time being, let us do so. As a group of people, we should know when to bend so that we don't break.

'This is not a matter of  the South-south alone, it is about the whole country. People that were insisting on removing NDDC, Ministry of the Niger Delta, Amnesty Programme, they started with wanting to reduce the derivation to 5%. We said we could not reduce from 13%  because the Constitution says so. They also changed their position. There was a stalemate. Finally,  we found a solution  so that we don't open old wounds, let us see how we can get along with these ideas of developing other sources of income for the various parts of the country.

'And this is not only for those parts that do not for now have anything because even the oil producing states also have large amounts of solid minerals and other sources of revenue that can be developed. If these are harnessed, they would help the entire country to increase income, provide derivation for everybody and above all create massive employment. Our conviction is that Boko Haram and  the militancy that started in the Niger Delta was because of resources and lack of employment.' Vanguard