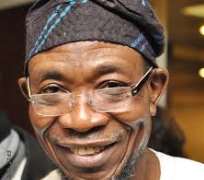 The Peoples Democratic Party (PDP) in Osun on Friday urged the state government to heed calls to reach a compromise with lecturers of state-owned tertiary institutions.

In a statement made available to journalists, PDP State Chairman, Alhaji Gani Olaoluwa, said this was necessary 'to avoid the breakdown of law and order in the state'.

Olaoluwa said the All Progressives Congress (APC) -led government should find a way of addressing the issues before it degenerated.

'The frequency at which young students take to the streets is becoming worrisome; the students are eager to return to their classes.'

He appealed to striking lecturers and students in Osun tertiary institutions to maintain the peace, adding that 'there will be light at the end of the tunnel'.

Lecturers of the state-owned tertiary institutions have been on strike since 17 February.

Their demands also includes the remittance of government's part of the contributory pension, which they claimed, government had not paid in the last 15 months.

The institutions involved are the State Polytechnic at Iree, College of Technology at Esa Oke, and the Colleges of Education in Ilesha and Ila Orangun.

The situation took another turn on Thursday when students of the state-owned tertiary institutions staged a protest in Osogbo, the State Capital.

The students, who protested to show solidarity with their striking lecturers, marched out in their numbers and gathered at the popular Olaiya Junction, Osogbo.