Africa: A Continent Of Cultural Richness, Progress And New Opportunities 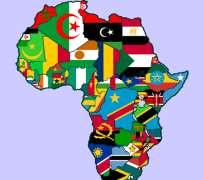 Once again Africa Day is around the corner on 25th May. The Day comes at a time when most economic analysts are of the view that Africa is the last frontier in the global economy. It is a resource rich continent in a resource hungry world and has thus reignited the imagination of the world as a fresh promise of potential prosperity.

In fact, there is a sense of both consensus outside the continent and euphoria within that Africa has effectively put behind it years of being the world's economic pariah and has been attracting new waves of seductive attention. It has consistently registered some of the highest GDP growth rates in the world, partly due to foreign direct investments but mostly because of a refreshing climate of good governance underpinned by the rule of law. The new script therefore is that Africa has embarked on a definitive path to economic independence.

For Africanists, Africa has always been a cultural super power. Although the diversity of the continent is a platitude, the peoples find common cause in shared values, traditions and history that make the African nation one ball-of-wax. Partly for this reason 32 countries came together on 25th May 1963 to establish the Organisation of African Unity in search of continental unity.

These 32 countries were the only countries independent of colonial rule at the time. Today's Africa is made up of 54 sovereign nations and the Organisation of African Unity has transformed into the African Union, but 25th May remains the Day that enjoins all Africans all over the world to celebrate together as one nation with one destiny and in doing so extend their legendary hospitality to all others around the world.

It was within this same spirit that Humanitas Afrika pioneered the celebration of this Day in the Czech Republic in 2002. It has since evolved in many ways and has been celebrated in different forms. What is in no doubt is that it has positioned itself as one of the greatest cultural expectations around this time for which Humanitas Afrika has yet again responded to the call. The programme of activities includes:

We invite everyone you to join Humanitas Afrika in making the celebration both entertaining and educational. Thank you!