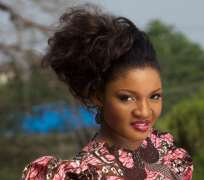 It was another day of protest in the Federal Capital Territory, Abuja on Tuesday, as a coalition of youth leaders from across the country stormed Abuja with a call for the removal of all the heads of security agencies in the country for failing to stop the recent carnage in Dogon Na Hauwa area of Jos South Local Government Area of Plateau State.

The protesters, who represented professionals, entrepreneurs, artistes, activists and students, also demanded President Umaru Yar'Adua's removal from office if he could no longer perform his duties as the President of Nigeria.

Some of the notable artistes who marched with the youths were Charles Oputa, popularly known as Charley Boy; Omotola Jalade-Ekeinde, Six Foot Plus; as well as columnist, Dele Momodu.

In a four-point petition addressed to the President of the Senate, David Mark, the protesters said the Jos situation made it clear that the Nigerian state was incapable of securing the lives and limbs of its citizens, given the manner people were slaughtered in Jos.

“We demand an urgent overhaul of the security and intelligence apparatus in our country; the heads, the structures and the people that power the structures need to go, and they need to go now.

“We also demand that President Yar'Adua should resume, resign or be removed so that Nigerians know who their leaders are, and the cabal usurping the Presidency can finally be dislodged,” the statement said.

The protesters demanded that the Federal Government should, within one month, produce a realistic plan for solving the perennial power problem in the country.

They also pressed for the speedy conclusion of the electoral reform process, insisting that there could be no credible elections under the present arrangement.

“Nigerians aged below 35 constitute more that 70 per cent of the population and we are putting you on notice that we intend to begin to use this power. This is only the first of many steps we are going to be taking to ensure that our leaders take us seriously.

“We will come out massively to vote this time around, we will be watching closely and we will not leave election centres until all votes are counted. Anyone who rigs elections this time around will have themselves to blame. Young people across the country – from the North to the South – will be coming out in their millions and they will strongly resist any attempt to rig,” they insisted.

Meanwhile, the march suffered a hitch when policemen barricaded the main entrance to the National Assembly.

After hours of waiting, the youths forcefully made their entry through the gate, breaking the wall of fence made by the police.

But they eventually could not enter into the arcade of the complex where protesters are usually allowed to gather to make their demands because the National Assembly security closed the iron gates and deployed hundreds of armed policemen to keep the protesters off.

The intervention of Charley Boy and other artistes to get the leadership of the National Assembly to come out to speak with the youths failed.

Oputa at a point came out to announce to the protesters that the legislators had left the complex through the back gate.

But incidentally, the House Committee Chairman on Youths, Mr. Oyedokun Oladepo, appeared, claiming that he was sent by the Speaker of the House of Representatives, Mr. Dimeji Bankole.

But the youths refused to listen to him. They said they would rather go away than speak with any person lesser than the President of the Senate or the Speaker.

Some of the artistes were, however, not happy as the youths walked out on the lawmaker, as they expressed the view that the Speaker's representative was good enough.