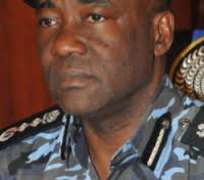 Nigeria's chief of police, Mr Mohammed Abubakar, has ordered his state Commissioners to immediately carry out a nationwide security audit and threat analysis of boarding schools.

A statement issued by the Force Public Relations Officer, CSP Frank Mba, said the measure was part of a deliberate and proactive effort to bolster security network in the schools.

According to Mba, the Inspector General of police said the audit will ensure the safety and security of students and other stakeholders in the schools.

'The outcome of this exercise will greatly assist police authorities and other security agencies in the task of designing security strategies that will help in promoting safety and security in schools.

'It is equally expected that the result of the consultations, threat analysis and the attendant security awareness campaigns will help in reducing the vulnerability of the schools and strengthen an otherwise soft terror target,'' it said.

The I-G advised the commissioners to collaborate with other security agencies, the Ministry of Education in the various states, as well as the management and staff of the schools.

The statement urged commissioners to work with the Parents Teachers Associations (PTAs), the host communities and other stakeholders so as to obtain the most reliable intelligence.

Abubakar reassured the citizens that the force and other security agencies remain committed to protecting them, and called for their continuous support.