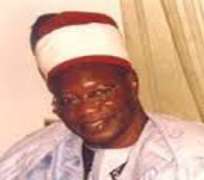 The Shehu of Borno, Alhaji Mustapha El-Kanemi, declared yesterday that the leaders of the insurgent group, Boko Haram, are not indigenes of the state

He said this when the presidential fact finding committee on Chibok visited him in his palace.

A statement by the committee's spokesperson, Kingsley Osadolor, said the monarch described the abduction of over 200 girls as unfortunate.

'What is happening now is unfortunate. It's entirely new to us. None of the leaders of Boko Haram is from Borno. They cannot claim to be from here. The problem was brought to us from elsewhere,' El-Kanemi said.

The monarch said the people of Borno were peace-loving people, as the Borno Empire had been in existence for some 1,200 years.

The Committee Chairman, Brig.-Gen. Ibrahim Sabo, said: 'We are now in the main theatre where the Chibok girls were kidnapped.

'The world has mobilised against the abduction, and we cannot be happy while our daughters remain in captivity.'