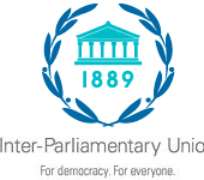 GENEVA, Switzerland, May 19, 2014/African Press Organization (APO)/ -- The Inter-Parliamentary Union (IPU) has deplored the attack on the Libyan General National Congress at the weekend, the latest in a series of violent attacks on the transitional parliament and its members.

“The repeated attacks on the General National Congress not only delay Libya's efforts to put in place a country governed by the rule of law with a new Constitution and a fully-functioning representative parliament, it also undermines the country's aspirations for democracy,” says IPU President Abdelwahad Radi.

IPU has called for an immediate end to the violence and for all parties to engage in peaceful and constructive dialogue to overcome differences.

It is also urging all sides to put renewed impetus into fulfilling Libya's roadmap to democracy. IPU is ready to pursue its activities to support Libya in achieving this.