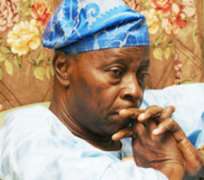 The Committee on Politics and Governance in the National Conference co-chaired by a former Minister of Information, Prof. Jerry Gana, and Chief Olu Falae, has recommended September 30 of every year as deadline within which a President of Nigeria must lay the budget before the National Assembly.

Gana, who briefed newsmen in Abuja on some of the recommendations of the committee, said the national budget cycle must be put in the constitution.

He said, the committee frowned on unnecessary delay of budget presentation and implementation by successive governments.

He revealed that his committee had also recommended for the unbundling of the Independent National Electoral Commission in order to ensure conduct of free, fair and credible elections in the country.

The committee also recommended the establishment of a special court for trial of corruption cases and strengthening of the nation's anti-corruption agencies.

He said, 'We have made a very firm resolution of making sure that the budget cycle is put in the constitution. What we are recommending is that the Constitution should say, latest by September 30 or earliest working day before the September 30, the budget must be presented to the National Assembly.

'It will be an impeachable offence for anybody not to present the budget before September 30. Then the National Assembly has the rest of October, November or latest 31st of December, or the earliest working day before the 31st of December. The budget must be approved ready for implementation from January 1,' he said.

He lamented that a lot of time was often wasted on budget processes.