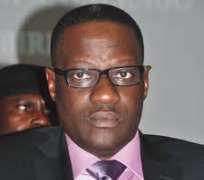 Kwara State Governor, Dr Abdulfatah Ahmed has described as false, provocative and  contemptuous the insinuation that he is romancing with the Peoples Democratic Party (PDP), a party of impunity he left along with other progressives for the All Progressives Congress(APC).

According  to the Governor in a statement issued by the Chief Press Secretary, Alhaji Abdulwahab Oba,  such insinuation is not only baseless but lacks substance. “Ordinarily, the allegation, peddled by people with devious intent, does not deserve a response as the objective is obvious. However, we need to alert the good people of Kwara State to the desperate ploy by selfish people with sinister political interest to cause disaffection and stir anxiety in the populace.”, the Governor said.

“Assuming without conceding that Gov. Ahmed wanted to return to PDP, which faction of the rudderless and visionless  party would he have negotiated with?”, the statement queried.

“For the record, our decision to leave the PDP was premised on the need to build a new nation where every citizen has the opportunity to prosper, in which our youths are productively engaged and where the disadvantaged are assisted to live a decent life”, the Governor said.

“For the avoidance of doubt, the relationship between His Excellency, Gov. Abdulfatah Ahmed and the former Governor and Leader of the APC, Dr. Bukola Saraki,  remains cordial, warm and solid”.

“It is equally ludicrous that they allege that the governor was on a save my soul mission to his brother governors in the APC as well being one of the earliest visitors to the new National Chairman of the PDP. Gov. Ahmed has no need for such visits neither has he embarked on any. For him, the task is the actualisation and fulfilment of the convenant he entered into with Kwarans during the last elections as encapsulated in the Shared Prosperity Programme of his administration.

“On the issues of the N23b bond, it is typical of the mischief of these tale bearers to amplify the figure by N12b in a bid to make their story sound credible. Governor Ahmed and other officials of this administration have used every occasion to explain why the N23b bond is the best for Kwara now. Suffice to add that the foundation for the current and future prosperity of Kwara State must be laid and entrenched today”, the statement added.