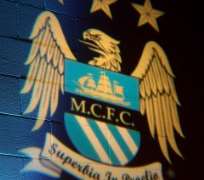 And French Ligue 1 champions PSG have benefitted from similar investment in top-drawer players after their takeover by Qatar Sports Investments in late 2012.

But both clubs have paid for that with massive fines, € 40 million of which will be repaid should the clubs fulfil the “operational and financial measures agreed with the UEFA CFCB (Club Financial Control Body)”.

City battled UEFA through to the end, saying there had been “a fundamental disagreement” over the interpretation of the FFP regulations on players purchased before 2010 but that it had “decided to enter into a compromise agreement with UEFA”.

They agreed, the statement read, to limit their net spending on new players to € 60 million.

“The club's expenditure on new players for the upcoming summer transfer window, on top of income from players it might sell, will be limited to € 60m. This will have no material impact on the club's planned transfer activity,” City said.

UEFA's Investigatory Chamber, which led the inquiry, has powers to impose sanctions, including heavy fines and a wage cap on the squads to appear in next season's Champions League.

The sanctions package is understood to be part of a settlement offer to the clubs, which they can accept or reject or try to reach an amicable settlement.

But if a club refuses to comply with the Chamber's ruling, their case would go to a tribunal which would rule on the matter in June.

The sanctions are designed to restrict expenditure on players by clubs who have breached the rules and help them in their efforts to comply with the limits on losses in future seasons.

The ruling came after a week of uncertainty over the timing of the announcement and marked by the sudden death of the man who led the investigation as head of the CFCB, former Belgian prime minister Jean-Luc Dehaene, on Thursday.

Dehaene, 73, had been diagnosed with cancer earlier this year but died after a fall in France.

UEFA general secretary Gianni Infantino said on Tuesday at an Executive Committee meeting in Turin, Italy, that delays in announcing punishments for breaches of Financial Fair Play were 'normal'.

“The procedure is clear and is following its course. It is a normal delay due to legal procedures,” said Infantino.

“If the decisions have not been taken when the media expected them to be, then it is simply because the procedure is not finished.”

The announcement had been expected several days earlier.