A Faulty Judgment Of The Apex Court 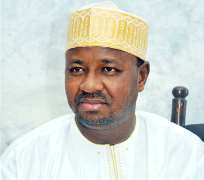 On Friday 9th May, 2014 in a unanimous judgment delivered by Justice Kumai Bayang Aka'ahs, Supreme Court of Nigeria dismissed my appeal on the PDP Gubernatorial Primary Election in Adamawa State for the 2012 general election. By this judgment, the apex court affirmed that I was not an 'Aspirant' for the governorship and therefore had no locus standi to institute a case against whatever irregularities committed in the process of conducting the primaries. Why am I not an aspirant after buying, filling and submitting Expression of Interest and Nomination Forms, and after being screened and cleared by the party, the court said because I did not participate fully in the Primaries. Secondly, in a supporting argument, the court further said that I obtained Expression of Interest Form but did not pay for it. Now this is a very serious allegation – if really I did not pay for my forms, then indeed I have no right to raise an issue on the conduct of the primaries. Thirdly, the court raised an issue of court procedure which it ruled that my lawyers did not follow and therefore rendered the case incompetent.

Now these three are issues of facts, law and procedure. As a 'proverbial lay man' in the legal profession, I won't be able to discuss law and court procedure, but I know the facts of my case. It is a fact that the court asserted that I did not participate fully in the primaries, and anyone who did not participate fully cannot complain on the primaries. What is 'participating fully in the primaries', the court did not say.But in the first place, where did the court get the idea that I did not participate fully in the primaries when all the parties in the suit ab initio are agreed that there were only two contestants in the primary elections – myself and Governor Nyako and I was defeated, and the issue of participation was never in contention?The answer is that the trial court brought it suomotu, i.e. all by itself without getting counsels to address it. I appealed against this infraction at the Court of Appeal and won. Yet without any cross-appeal on the matter, the Supreme Court astonishingly reintroduced the matter in which it claimed I did not 'fully participate' and therefore have no right to complain.

The governorship primaries in the PDP is a process that starts from A – H, i.e. A. Buying of Expression of Interest and Nomination Forms; B. Filling and Returning of Forms; C. Screening of Aspirants; D. Appeal on Screening; E. Election of 3 Ad hoc Ward delegates; F. Appeal on Ad hocward delegates elections; G. Primary Election; and H. Appeal on Primary Election. In Adamawa State a total of 847 delegates nominate the gubernatorial candidate for the party. Of this figure, 169 are statutory delegates, while the remaining 678are the 3 Ad hoc delegates each from the 226 Wards of the state. By the constitution of the party, the sole objective of these Ad hoc delegates, averaging 81% of the Electoral College, is to nominate for the party its gubernatorial candidate and after this exercise they stand automatically dissolved.

Now, only two of us went through the processes from 'A' to 'D'. In the conduct of 'E', that is electing the 3 ward Ad hoc delegates, the provision of the Party Guidelines was breached in that Delegates' Nomination Forms were not sold and the elections did not hold. Rather, the party along with my other fellow 'aspirant' sad down in the comfort of the Government House and drew up a list 678 of the Governor's supporters and submitted as the Ad hoc delegates and asked that in the morning we should assemble at the election venue for the purpose of conducting item 'G' – i.e. the Primary Election. I objected, insisting that conducting item 'E' in accordance to the Guidelines is a condition–precedent to proceeding to item 'F'.I then threatened that if they proceeded to 'F' without rectifying 'G', I will proceed to court. And that was exactly what happened – they proceeded to item 'F' and I proceeded to court.

Now the Electoral Act is very clear; it said if an 'aspirant' feels that any of the provisions of the Act or the Party Guidelines have been breached in the process of nominating a candidate in the Primaries, he can approach a Federal, State or FCT High Court for redress.With this, I went to the Federal High Court Yola, alleging that the Party Guidelines have been breached in that, among others issues, the 3 Ad hoc delegates were not elected in accordance to the guidelines.

At the end of the day, with this decision of the Supreme Court, the entire gamut of our Courts refused to entertain my suit. For the trial court, its ground was that I did not participate in the primary election, an issue brought by the court soumotu. For the Court of Appeal, its ground was that I do not qualify as an aspirant as defined by the Supreme Court in determining other previous cases, and therefore by the doctrine of stare decisis cannot be imbued with locus standi to be heard by the court. And for the Supreme Court I did not 'fully participate' in the primaries and therefore lack the right to be heard. Also, the Supreme Court added that I did not pay for my Expression of Interest Form which further disqualifies me from being a bonafide aspirant. But where did the Supreme Court get the idea that I did not pay for my forms? The answer is from the 1st Respondent's statement of defense. Other than the fact that this was not an issue in the appeal for determination (because I paid all my fees and the receipts are attached in my petition before the court), how come the court would see this false claim in the Statement of Defense but failed to also see in the same Statement of Defense the averment that only I and the 1st Defendant contested the primaries in which it claimed I was defeated? Clearly, the court merely chose what it wanted to see and left what it did not want to see. In the end, I was not heard.

The Supreme Court's Judgment in my case is fundamentally faulty. I Think it was the late Justice Oputa who once commented that the Supreme Court is supreme not because it is infallible; it is supreme because its determination is final. The erudite jurist may well have had my case in mind for making the comment. Although we are all bound by this judgment of the Supreme Court, the judgment by itself is not beyond criticism. It failed to even address the issues put forth for determination. It is a very poor and confused judgment. It goes against the spirit of the law; it contradicts previous judgments of the court; it is bias and selective; it is low in logic and intellect, and is a huge miscarriage of justice not only against me but also against thousands of PDP members in Adamawa state who were denied the right to participate in the gubernatorial nomination process of their party in the October 2011 Primaries. The judgment unwittingly winds back the hand of the cloak in entrenching internal democracy in Nigeria's party politics. Its substance is of little value both to jurisprudence and to our polity.

To all intents and purposes, the Supreme Court is a three-in-one-court - first and foremost, a Court of Justice; then a Court of Law; and a Political Court. Ideally (at its best), its judgments should imbed the cause and course of these three elements. However, this judgment is empty in all - it has neither advanced the course of democracy, law nor justice. Instead, by the finality of its decision, it simply compromises democratic nomination process, basically abrogates the provisions of the law and unkindly metes grave public injustice on the society.

It is a simple fact that the central aim of any court judgment is to achieve justice to all parties concerned. Consequently, where a judgment fails to give justice then the law loses its essence, and the principle of fiat justitia ruat caelum, the Latin maxim meaning “let justice be done even if heavens will fall” becomes equally hollow. With respect to the learned Justices, delivering a judgment without justice is like waging a war on a people without cause. It is my considered view that the court closed its eyes on the matter before it and determined it like that all the same. The Court dismissed my case not based on superior argument on the provisions of the law, but it dismissed it because it simply has the powers to do so. No more, no less!

In fact, it would have been more understandable if the court had, in its capacity also as a Political Court, for example said in view of the current security situation in Adamawa state, which is under State of Emergency,and that of the country generally, the court denied my prayers. But for the court to employ arguments of no substance to dismiss my appeal 'for lack of merit', is the highest point of miscarriage of justice. To paraphrase Justice Oputa again, if the legislature metes injustice, we run to the judiciary. If the executive metes injustice, we run to the judiciary. But if the judiciary commits injustice, to whom do we run? The obvious answer to this rhetorical question is we run to God. While I run to God Almighty for redress, Nigeria's society in the meantime is the biggest loser.