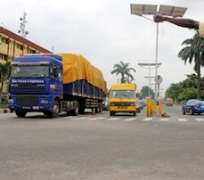 The number of arrests made by the Lagos State Traffic Management Agency (LASTMA) for traffic offences has dropped by 17 per cent, Commissioner for Transportation, Kayode Opeifa, said on Friday.

Opeifa, who spoke at the 2014 Ministerial Press Briefing in Ikeja, described the drop as a welcome development because it meant there was increasing compliance with the traffic law.

“The number of arrests made by LASTMA for traffic violations has dropped by 17 per cent; this means many people are now complying with the traffic law and that the agency is doing better,” he said.

According to him, the number of vehicles impounded for driving against traffic has also dropped from 300 in July 2012 to 100.

The commissioner said the number of violations on Bus Rapid Transit corridors dropped from 200 in July 2012 to 100 in February 2014.

Opeifa said that the strict implementation of the traffic law had also helped to reduce deaths on the roads.

Opeifa said the state government was satisfied with the results of the traffic law and would continue to strengthen enforcement.

He urged motorists to cooperate with the state government in reducing accidents by complying with the traffic law.

Opeifa implored LASTMA officials to discharge their responsibilities diligently to ensure sanity on the roads.

He also urged members of the public to report cases of misconduct by LASTMA officials for necessary action.