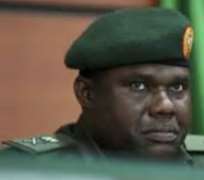 Military sources said that the fact finding team of Military Police investigators left Abuja for Maiduguri in the morning on Thursday.

It was gathered that the Army authorities have appointed Brig. Gen. MY Ibrahim, as the replacement for Abubakar who was removed because of the deep resentment against him among the incensed soldiers and some of their colleagues.

It was learnt that Brig. Gen MY Ibrahim was appointed in acting capacity because the position was meant to be occupied by a major general.

The former GoC was expected to hand over to his successor Ibrahim on Thursday before his movement to Abuja.

The Director of Defence Information, Major Gen Chris Olukolade, confirmed the removal of the Mohammed and his replacement with Brig. Gen Ibrahim ,in a telephone conversation with our correspondent.

He admitted that the military had commenced investigation into the disturbing development and referred our correspondent to an earlier press statement issued on the soldiers' attack on the GOC.

The   Division 7 of the Nigerian Army coordinates the ongoing campaign against the insurgents in the North East.

Olukolade had said in  a statement issued  on Wednesday night in response to the incident that the 7 Division would institute a board inquiry to investigate the cause of the mutiny.

'The 7th Division of the Nigerian Army is to institute a military board of inquiry into the circumstances surrounding the conduct of soldiers who fired some shots today while the General Officers Commanding was addressing troops in Maimalari cantonment Maiduguri.' The statement read in part.

Investigations revealed that the soldiers who attacked the vehicle of the former GOC also shot two of the soldiers in his escort on the leg for guiding him into his armoured car and facilitating his escape.

The injured soldiers are said to be receiving treatment at the medical centre of a military facility in Maiduguri. Punch