COURT ORDERS COMMISSION TO GIVE MOBITEL ITS LICENCE 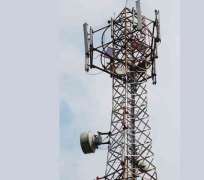 Court orders commission to give Mobitel its licence

By Gowon Emakpe and Ejiro Gegere
March 19, 2010 03:23AM
A Federal High Court sitting in Abuja yesterday declared as illegal, null and void, the revocation and seizure of a licence issued to telecommunications company, Mobitel Nigeria Limited, and ordered its immediate release.

Mohammed Garba Umar, in his judgement, ordered the release of the licence seized by the National Communications Commission and barred them from selling the national frequencies in the 2.3 GHz Band, which the government had earlier awarded to Mobitel.

“I hereby grant all the reliefs sought by the applicant in this case and order the defendant to release the licence it seized from the company,” Mr. Umar declared.

Johnson Salako, Mobitel's chief executive, was excited when contacted on his telephone.

“I'm still in Abuja,” Mr. Salako said. “It was clear from the court case that nothing was wrong with the commission issuing the licence. We would just wait for the release of the licence to us; we still have plans to carry out the roll out of our network.”

It asked the court for an order of mandatory injunction compelling NCC to allocate a slot in the 2.3 GHz spectrum to it, since it has satisfied all the requirements for the allocation of a slot, and for a mandatory injunction restraining the government from selling the licence.

The communication company claimed it had fulfilled the condition precedent for the acquisition of the said license by paying about N1.4 billion as prescribed by the Commission. But the Minister of Information and Communication, on 25 May, 2009 issued a letter canceling the entire process leading to the issuance of the said license to it (Mobitel) and other successful firms.

Following government's decision to renege on the agreement, the telecommunication firm, through its counsel, Alex Izinyon, initiated an action challenging government's alleged contractual breach and prayed the court to compel the federal government to abide by the terms of the contract.

The NCC did not respond to calls on their next line of action after the judgment.