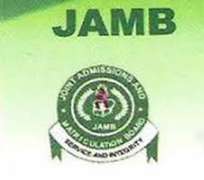 The Joint Admissions and Matriculation Board (JAMB) on Wednesday said that over 616,000 candidates would sit for the 2014 Unified Tertiary Matriculation Examination (UTME) Computer-Based Test (CBT).

According to a statement in Lagos by the board's spokesman, Fabian Benjamin, arrangements have been concluded for the smooth conduct of the examination, scheduled for May 17 to May 31.

Benjamin said that the CBT is to hold in over 163 centres in Nigeria and abroad.

It urged candidates to prepare for the examination, noting that the CBT was the best platform for candidates to articulate their educational pursuits.

The statement said that the CBT mode would reduce result black-out or incomplete results, examination malpractices and also enhance prompt release of scores.

It advised candidates to reprint their e-slips in the event they missed or misplaced their schedules.

The statement said that the board would commence full-blown CBT in 2015 UTME, adding that the exercise would help to sanitise the education sector.