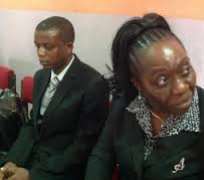 Nigerians are likely to join the rest of the world in the visit to space by 2025.

This is because the Nigerian Government has put strategies in place for the development of space technology by the country.

Disclosing this in Lagos on Monday was the Head of Space Education Outreach Programme of the African Regional Centre for Space Science and Technology Education in English (affiliated to the United Nations), Dr. Omowumi Alabi, at the pre-launch media meeting of the Space Science Clubs in primary schools in Lagos State.

Alabi, who spoke at MD Nursery and Primary School, New Oko Oba, Abule Egba, Lagos, which is the coordinating centre for the clubs in Lagos State, said that at the latest, Nigeria should be able to join the rest of the world in space by 2050.

She said one of the means of achieving space science and technology development in the country is by propagating the message right from the primary school.

She said that the launch of the space science clubs, which holds on Tuesday at MD Nursery and Primary School, Olaniyi Street, New Oko Oba, is one of the programmes already articulated by the government to achieve the objective.

She said: “One of the mandates of the centre is to publicise space science and technology among primary school students.

“We are going to be introducing space science to them by reading a story book, Mark goes to the moon, to them.

“The story is to show the difference between the earth and space.”

Alabi said it is easier to relate with students via story telling than abstracts and that as they do this, the needed technology would be introduced.

She said the decision to use MD as the incubation centre for Lagos State was because of the willingness of the school to host the others and bear the cost of the launch.

She said the major challenge facing the centre is the paucity of funds, adding: “We are also reaching out to secondary schools and higher institutions through seminars.

“But these seminars can only take care of a maximum of our students per school.

“The clubs will reach more people.
“And one of the feedbacks we have been getting is that teachers now want to get a better grasp of the issue so that they would know how to relate better with the students.”

Speaking on why her school decided to bear the cost of the launch of the programme, to which 20 other schools have been invited, the Proprietress of MD Nursery and Primary School, Omolara Adedugbe, said it is a part of the school's Corporate Social Responsibility.

Adedugbe said: “One of the schools we are sponsoring is our adopted public school, New Oko Oba Primary School.

“It is our own way of saying that we care and we want to carry those we consider to be the less privileged along because when those of them in the private school leave, they will all still mix in the larger society.”

The launch of the space science club in primary schools in Lagos is scheduled for 10am on Tuesday.