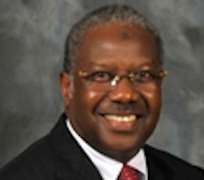 The Dangote Group on Saturday pledged to invest 2.3 billion dollars in sugar-cane and rice production in the Northern part of the country by 2017.

The Executive Director, Dangote Group, Alhaji Mansur Ahmed, made the pledge in his speech at the Northern States Governors' Forum (NSGF) and United States Investors' Summit held in Abuja.

“In three to five years Dangote Group would be investing about 2.3 billion dollars in the Northern part of the country, the current investment is low and we are prepared to upscale it,” he said.

He said that the conglomerate would require about 250,000 hectares of land for sugar cane production and 130,000 hectares for rice farming.

Ahmed explained that the investment was capable of generating a total of 180,000 direct employment for the inhabitants of the region.

“The group will not be deterred by the security situation in the region.”

“There is nothing wrong attracting foreign investors to the country. But I think it will work well for all of us if local investors set the pace as that would raise the confidence level of other conglomerates to do business here.

“So Dangote Group is prepared to lead the way for the industrialisation of the north and the country as a whole,” he said.

Ahmed explained that the region had comparative advantage in several areas, adding that it was time to rise above sentiment to improve the socio-economic status of the region.

“Northern Nigeria has comparative advantage in all fronts to feed the World with agro-allied products.

“The leaders of the region must continue to provide good leadership that would promote enterprise,” he added.