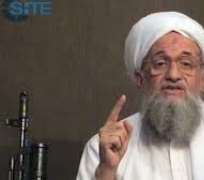 schoolgirls, 276 of whom are still missing and who were expected to be

auctioned off as slaves in the name of Islam.
'Such news is spread to taint the image of the Mujahedeen,' said one post

on a website used by Islamic militants, The New York Times reports.

'There is news that they attacked a girls' school!' wrote another angry

writer.
Various Islamic and jihad groups are distancing themselves from Boko

Haram, the group that carried out the kidnapping, with even hard-line

them steady to the path' of Islam.
In the locally-spoken language of Hausa in northern Nigeria, Boko Haram

means 'Western education is sinful.'
Experts claim the reaction is evidence that Islamic terrorist groups are

hardly a united front anymore.
'The violence most of the African rebel groups practice makes al-Qaida

look like a bunch of schoolgirls,' said Bronwyn Bruton, an Africa scholar

at the Atlantic Council in Washington, the Times reports.

condone them,' Bruton writes in the Times.
Al-Qaida has been encouraging supporters to avoid attacks on those they

deem as innocent civilians in a PR move planned to not alienate its base.

populations. The group is also more of a cult that follows a leader name

Jonathan is saying he will find the abducted girls, but admits he has no

idea where they are.
'As a nation we are facing attack from terrorism,' he stated. 'I believe