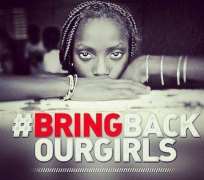 There were indications yesterday that the 230 female students abducted by Boko Haram terrorists from the Government Girls' Secondary School, GGSS, Chibok, Borno State, have been sited at the Sambisa Forest in Borno State, by the Special Forces of the United States Marines.

This was even as more US military officials arrived Nigeria yesterday to join local officials in the search for nearly 300 school girls taken captives by the Islamist extremist group, Boko Haram, the US Secretary of State John Kerry, and the defence department, Pentagon, said.

sambisa
The UK team had earlier arrived in Abuja to support Nigerian government in its response to the abduction of over 200 school girls.

The arrival of the foreign troops is coming on the heels of the appeal yesterday by the former Vice President, Atiku Abubakar for Nigerians to unite and fight the insurgents to achieve success.

According to Kerry, “Our inter-agency team is hitting the ground in Nigeria now and they are going to be working with President Goodluck Jonathan's government to do everything that we possibly can to return these girls.”

The CNN also quoted the U.S. Navy Rear Admiral, John Kirby, who serves as Pentagon press secretary, as saying that the small team of seven would join advisers supporting local efforts to find the girls abducted over three weeks ago.

But there are no plans to send American combat troops into Nigeria, Mr. Kirby said.

The abduction of the school girls on April 14 in a remote community in Borno State, one of the most shocking terrorist acts by Boko Haram yet, has drawn widespread anger around the world with calls for a swift action.

President Goodluck Jonathan said Thursday that the kidnapping will be “the beginning of end” of Boko Haram.

US President Obama has said he hopes the abduction by Boko Haram will galvanize the international community to act against the brutal group that has directed much of its cruelty on civilians and the innocent.

This week, more than 100 people were killed in a busy market by militants suspected to be from the group. The attack occurred in Gamboru Ngala, Borno State, near the Nigerian border with Cameroun.

Besides the United States, Britain, France and China have also offered to help rescue the stolen girls.Obama said the team sent to Nigeria comprised personnel from military, law enforcement and other agencies.

France said it will station 3,000 troops in Nigeria's neighbouring countries to help fight militants in the Sahel region.

British satellites and advanced tracking capabilities also will be used, and China has promised to provide any intelligence gathered by its satellite network.

Meanwhile in a statement yesterday, the Foreign and Commonwealth Office spokesperson said, “a team of UK experts who will advise and support the Nigerian authorities in its response to the abduction of over 200 school girls touched down in Abuja, Nigeria this morning”.

The team is drawn from across government, including DfID, FCO and the MoD, and will work with the Nigerian authorities leading on the abductions and terrorism in Nigeria. The team will be considering not just the recent incidents but also longer-term counter-terrorism solutions to prevent such attacks in the future and defeat Boko Haram.

The team will be working closely with their US counterparts and others to coordinate efforts.

However, military sources said that apart from abducting the girls, the insurgents also carted away food items and vehicles as well as killing undisclosed number of people in Chibok on the fateful night.

The sources told Saturday Vanguard in Abuja that members of the United States Marines who are already in Maiduguri following the promise by President Barak Obama to assist Nigeria in rescuing the abducted girls, located the girls inside the forest, using some Satellite equipment which combed the forest, located an assembly of the young girls and sent the images back to the Marines on ground in Maiduguri.

Aside locating the whereabouts of the girls in the dense forest, it was also, further gathered that one of the leaders of terrorist group who participated in the abduction of the girls was arrested by a combined team of the US Marines and Nigerian forces.

Sources said that the Boko Haram leader was arrested, through an advanced interceptor equipment which was used to track the terrorist while exchanging information with his colleagues in Sambisa Forest about the movements of American and Nigerian soldiers in Maiduguri.

His phone was subsequently traced to a location in Maiduguri where he was arrested and handed over to the Nigerian military.

The location of the girls in the forest is contrary to widespread reports that the girls had been distributed and ferried to the Nigerian border towns in Chad, Cameroon and Niger Republic.

Senator Ahmed Zanna, representing Borno Central District in whose Maiduguri home, an alleged Boko Haram top commander was once arrested told the Senate last week that he gave the Military an up-to-date information on how the girls could be rescued, but lamented that his information was largely ignored.

He spoke against the backdrop of the claim by the Boko Haram leader, Sheik Abubakar Shekau, last week that the girls were booties of war, who would be sold into slavery.

Atiku appeals for unity to defeat Boko Haram
However, the arrival of the foreign military officials is coming on the heels of the appeal yesterday by the former Vice President, Atiku Abubakar on Nigerians to unite and fight the insurgents.

Atiku said on his blog, “While I have had and continue to have major policy differences with the government in Abuja and its leadership, as a nation we must remain united.

”We have come to a turning point in our war against terrorism in Nigeria. It is a critical moment for us; the war will not be won without us winning this battle. In short, if one is not part of the solution, they become part of the problem.

”And at a moment like this, we can no longer afford anything but a united commitment to stamping out a great evil that threatens the very existence of the only place we call home.

”On social media, I have been amazed by the outpouring of solidarity from within and outside Nigeria. While on the one hand it is sad to see Nigeria in the news for its inability to protect its most vulnerable citizens, it is also clear that in the age of social media no concerns or problems are local.

”It is in light of this that I welcome the offer of military support from the United States, United Kingdom, France and others, and the acceptance by the Nigerian government. While I believe that we waited too long to get to this point of admitting our need for external help, I will also insist that it's better late than never.

”We must make it clear that under no circumstances should any person, group of persons, or organization ever be permitted to prey on the children of Nigeria, or any other country. We must make it easy for everyone who has information about this crime against humanity to contact the authorities at once.

”We must make it easy for the world to see Nigeria as a country that cares for all its citizens, regardless of their age, gender, religion, ethnic group or economic class. We must remember the people most affected, trapped on the frontlines of the battle.

They need support, relief and rehabilitation. ”We must remember they will need help when they are returned home to their families and their loved ones. And we must make it difficult for anyone to play politics with this crisis.

''Nothing, absolutely nothing, is worth the bloodshed and the destruction we have come to associate with this campaign of terror. Not party affiliations, not the 2015 elections. We are in a race against time. For every day we delay our response, or allow ourselves to be caught up in needless bickering, we hand victory over to the forces of darkness and despair, like Boko Haram.”

No Boko Haram activities in Lagos —Police
In a related development, the Lagos State Police Command said yesterday that the rumour about activities of Boko Haram members in some parts of the state was false.

The Public Relations Officer, PRO, of the state Police Command, DSP Ngozi Braide, made this known at a news conference yesterday, at Premier College Group of Schools, Palm Avenue, Mushin, where the sect members allegedly invaded.

“It is not true that there is any act of terrorism anywhere in Lagos State. It is a lie that the terrorists invaded Premier College to abduct students.

“Somebody just sat down somewhere and cooked up the lies to cause panic in the state.

“Premier College and other schools in the state are safe and secure; let the public discountenance the rumour,“ she said.

The Executive Director of the college, Mr Abraham Martins, spoke in the same vein, describing the rumour as ”false and baseless.”

There are indications that with the confirmation that the girls are still within Nigerian territory, contrary to widespread reports that the girls have been distributed and ferried out, the original plan to storm Sambisa forest which was put on hold, would now be activated.It is however not clear if and when the the rescue operation would begin.

The association, in a statement signed by its Chief Commissioner, Dame (Dr) Christie Toby also challenged Nigerians to be security conscious and assist law enforcement agencies in fighting the enemies of the nation.

“The NGGA joins all well-meaning people all over the world to express shock over the abduction of 234 innocent school girls in Borno State.

“We are sad that up till this moment, these girls are still missing. The NGGA, being a female organisation, is specially concerned, and condemns such a heinous act.

“We declare our support for these girls and their families and pray God to strengthen them in these trying times. We appreciate the fact that government is fighting terrorism in Nigeria, but we are appealing to President Jonathan to ensure that these girls are returned safely to their families so that they can continue with their education.

“We also appeal to all security agencies and people of goodwill to support President Jonathan as they work to bring back our dear girls,” the statement added.