Investors pledge $68b for Africa's development 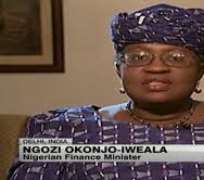 He said that the investment commitments from participating investors coupled with the huge media attention on the continent thanks to the forum speak volume on the success.

Rosler, who spoke during the closing press conference, said that a significant impact of Nigeria's hosting of the event, was the fresh investment commitment of $68 billion made by participating investors at the international conference.

This was led by China's $12 billion commitment, made by Premier Li Kequiang, bringing total credit lines in support of African countries to $30 billion.

Rosler said the amount represented commitments in various critical sectors of the continents like infrastructure, energy, agriculture, education, and health.

He described the three-day event with the theme: “Forging inclusive growth, creating jobs,” as one of the most successful in the history of the organisation, measured by the over 1,500 delegates in attendance from about 80 countries.

He noted that this huge turnout of Nigerian, African and global participants was despite the security challenges in the country.

Another measure of the success of the event, he continued, was the huge media buzz around it, especially with “more than 48,000 articles from these three days in Nigeria in comparison to last year which had 16,000 and this is more than three times higher than last year.

This, he continued, “is a proof that Africa is very important to the people of the world. We not only want to create a future of interest but we are committed to improving the state of Africa.

“To put all the monies together which was committed by the Chinese and others, we have about $68bn in the next years for Africa and the African people.”

He said the fact that the forum held, despite the latest spate of insurgent attacks, is a sign that the international community condemns the abduction of over 200 young women from the Government Secondary School, Chibok, Borno State, some weeks ago. The Federal Government, the WEF boss said, has been able to rally international solidarity on the need to end terrorism.

“We will not allow the terrorists to dictate the African agenda. And this is the main message from this WEF.

“And let me say again that we will make sure that all these projects are successful in Africa,” he added.

In her closing remark, Coordinating Minister of the Economy and Finance Minister, Dr. Ngozi Okonjo-Iweala, thanked the 1,050 participants, including several Heads of States and governments for the support and show of solidarity at a time there was tension in the country.

The Minister expressed appreciation to western nations such as the United States, United Kingdom, France and China for ongoing efforts to set the girls free.

She reiterated the further assistance by the United Nation through its Special Envoy on Education, and former British Prime Minister, Gordon Brown, who announced a $10m matching grant for the Safe School Initiative and support for education in Northern Nigeria.

President Jonathan, she added, has met the condition for the grant, which is that Nigeria provides a matching grant of another $10 m to activate the project.

“During the rally to bring back our girls, there has been added interest by investors to invest more into Nigeria.

“And this will help us create more jobs and ensure inclusive growth. Our commitment to bringing back our girls is unwavering.”

The message, he stressed, “is that Africa is growing and no terrorist will stop the progress of Africa

“We are determined to give all the support to the Nigerian government to bring back these girls.

“If your child go to school and is abducted, it's the worst thing that will happen to that child and we will do everything in our power to get the girls back,” he stressed.