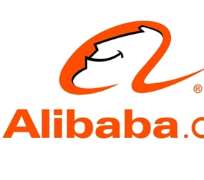 Chinese internet giant Alibaba has filed documents for a public share sale in the US, which is widely expected to be one of the biggest in history.

In its filing, the company said it was seeking to raise $1bn (£589m). But that figure is seen just as an estimate to calculate various fees.

Analysts expect it to raise more than $15bn and top Facebook's share sale.

Alibaba did not disclose details of the number of shares it intends to sell or their price range.

It also did not reveal which US exchange - the Nasdaq or New York Stock Exchange - it is looking to list its shares on.

Founded 15 years ago by Jack Ma, the firm has been a dominant force in e-commerce in China and is now the biggest online retailer in the country.

While it has been a key player in the sector for many years, its filing gave investors the first glimpse at the firm's finances.

The documents reveal that last year, the value of all merchandise sold on Alibaba's various platforms was $248bn, with more than 11.3 billion orders placed.

The total value of merchandise sold on its platforms last year was more than that sold on Amazon and eBay combined.

In a nod to the importance of smartphones, the firm said it was responsible for 72% of mobile commerce in China.

That is important as Alibaba has been locked in competition recently with rival Tencent - China's largest internet firm - to attract mobile shoppers.

Analysts said there was likely to be keen interest in the share sale as investors hope the firm will be able to replicate its success in China on a global scale.

'If it is able to transport that kind of power to outside China, it has the potential to become a true global e-commerce powerhouse,' said Roger Entner, lead analyst and founder of Recon Analytics.

Among the major shareholders set to benefit from the listing are US technology giant Yahoo and Japan's Softbank.

Yahoo owns a 22.6 per cent stake in the firm, while Softbank owns 34 per cent of the company.