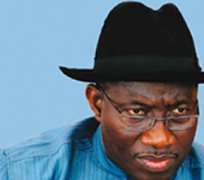 President Goodluck Jonathan on Tuesday formally inaugurated a presidential committee on the rescue of the abducted Chibok students without giving them a timeframe.

Jonathan said at the inauguration of the committee led by Brig.-Gen. Ibrahim Sabo, that the panel was neither a judicial committee nor an administrative panel.

Though representatives of the Borno State Government and the United Nations were absent at the inauguration, President Jonathan said that the committee was not a replacement for rescue job being done by security services which would continue to be intensified until the girls were brought home safely.

While describing this period as a trying time for the country, the President said it was time all Nigerians irrespective of tribes and religions came together to confront insecurity.

He reassured delegates to the forthcoming World Economic Forum on Africa of their safety.

Secretary to the Government of the Federation, Pius Anyim, said the committee was not given a timeframe because the government would be happy to see the body completed its task in a day.