“Akpabioism”: The Beginning Of The End 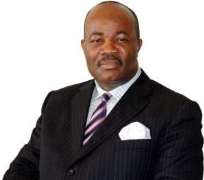 From then on, all the journalists in Akwa Ibom State went underground, some abandoned the profession entirely, a few stayed on and operated incognito, while writing using pseudonyms. There was no voice to caution Akpabio and those who were close to him immediately knew that it was the beginning of terror that would come to engulf Akwa Ibom State and its people till this day.

Within the past seven years (2007 till present), Akpabio has become the Biblical equivalent of Goliath, who was always boasting to his followers as being the strongest man in the world, who could conquer the earth, the sea, and the land, until the day the young son of Jesse---David--- showed up on the battle field, unannounced. David needed neither an iron sword nor a strong weapon to handle Goliath, because he knew that Goliath was nothing but an ego maniac and a coward who was only good at intimidating people with his physique.

What is going on now is that the people, led by former practitioners of Akpabioism, such as Senator Ita Enang, are uniting together and determined to let Akpabio know that Akwa Ibom State is greater and bigger than one man; as one American musician said in one of his lyrics, “we ain't taking this no more.”

Every day and night, the people are convening series of meetings to plan strategies on how to counter Godswill Akpabio and his imposition. In one of such meetings, reports came on the social media stating: “The People of Uyo senatorial District have affirmed through a voice vote that they have issues and grievances to discuss with the State Governor…. USD said they have been marginalized especially in the area of appointments. They said there is no fair distribution of appointment in the State public and civil service…. And as regard 2015, those who spoke, including the Deputy Leader of the State House of Assembly, former Chairman Nsit Ibom Local Government amongst others opted for an open contest” (Retrieved from the Facebook page of Henshaw Nyong).