What Does Your Boyfriend Do for A Living? And Do You Really Know Him? 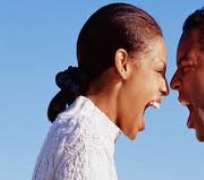 What does your boyfriend do for a living?
Is it an honest and transparent occupation or profession?
Would you be proud to say it openly or something you are ashamed to admit?

It matters these days of interesting times in Nigeria with many covetous men and millions unemployed men in every state and most of them are under peer pressure to live up to the expectations of their community and society.
Every one of them wants to impress his girlfriend, even if he cannot afford a sanitary pad. ;D

Many girls want the good fun filled life and so they will even sleep with guys they don't know where they live or where they work.
That was how a female senior executive with a Master's degree got pregnant for a lying jobless guy she never knew his real residence. :o
They met at a club, had sex at a guest house and the rest at her residence and she got pregnant. And now when she found out the bitter truth, she was so heart broken that she wanted to commit suicide, because she became the laughing stock of her peers.
Who wondered how she could be fooled by a man who did not even finish high school and was not even articulate?

Don't be afraid to ask and find out things you are not comfortable with once you have noticed them about your boyfriend.
The company he keeps and where he likes to hang out.
Lest we forget, there is no male criminal who does not have a girlfriend or wife?

How can you date a guy for even six months without knowing where he lives and what he does for a living?
Why I am asking?
I had a girlfriend for over three years who never knew my residence and she was an undergraduate of a top old generation university in Nigeria.
She was only lucky I am a god guy.
Others have not been that lucky as they fell into the wrong hands and ended up either messed up or dead.
Lest you forget, in every relationship, your life is at stake. And wrong choice of a boyfriend can ruin you for life.
Moreover, a guy claiming to have a good job is not enough.
If he has a good job, he must also have a good home. And please, don't forget that having a nice looking house does not mean he has a good home.
What makes a good home is the goodness in it for your happiness and security. And not the lifestyle of luxury of the owner.
A brute living in a posh house is not better than a bull in a china shop and does not have a good home.

I know a girlfriend who never knew the real residence of her boyfriend until their wedding day and it was no longer the nice three bedroom flat, but a dingy single room in a ghetto.

Know where he lives, how he lives and where he works and it would be best to visit his residence and office without notice, because telling him you want to visit him gives him enough time to set you up with a fake residence and fake office.

Taking your time to know a guy before dating him will save you from the terrible choices of others who failed to do so and are now wetting their pillows with tears of regrets.