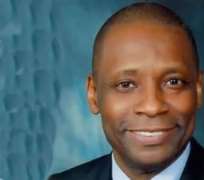 A new study has concluded that the Asset Management Corporation of Nigeria's estimated debt at N3.9tn could be a source of macroeconomic instability for the country.

AMCON was set up by the Federal Government to acquire the bad loans of banks shortly after the banking sector crisis of 2009.

According to the report, AMCON's debt is approximately 4.86 per cent of the nation's rebased Gross Domestic Product of N80.22tn and is capable of adversely influencing the country's subsequent sovereign ratings.

As a result, the study argues that there is the need for the Federal Government to implement a well-designed exit strategy for AMCON.

The study, which assesses the impact of AMCON on the economy, was commissioned by the Bank Directors Association of Nigeria.

The report reads in part, 'A poorly designed and implemented exit strategy for AMCON can be injurious to the economy. AMCON's outstanding estimated at N3.9tn is about 4.86 per cent of Nigeria's rebased GDP at N80.22tn, and this could be a source of macroeconomic instability and influence adversely Nigeria's subsequent sovereign ratings.

'A downgrade of the country will not augur well for the newly acquired status of 'frontier economy'.'

While establishing that AMCON has helped to stabilise the financial system by restoring confidence in the financial services sector, the report said the bad debt manager cannot be allowed to continue forever.

Although the provisions of the Act establishing AMCON allows for perpetual existence, the report states that such provision does not augur well for the future wellbeing of the economy.

The report said, 'An AMCON continuing in operation in perpetuity is great inefficiency and a waste of taxpayers' funds, as it will continue to incur high carrying cost from high operational costs as well as from the erosion in the value of assets not disposed and restructured over time.

'The other worry here is the 'moral hazard' whereby continuing existence of AMCON would send a wrong signal to the banks to book loans that can always be sold to AMCON if the loans become deficient.'

The report, however, stressed that AMCON's activities helped banks to retain their staff and also employ more hands between 2009 and 2013, adding that unemployment rate would have been worse than the current 23.9 per cent if the corporation did not intervene in the banking sector.

AMCON's operations have impacted banks' balance sheet, even though the growth cannot be completely attributed to the corporation's activities.

Over the same period, banks' total deposit liabilities grew by 43.56 per cent following the sale of their non-performing loans to AMCON.

But on the Sinking Fund which banks have been asked to be contributing to AMCON's purse, the report states, 'The proposal for the AMCON Amendment Act 2013 to make the bank's bear the cost of intervention is an aberration that, when properly interpreted, means simply that AMCON bought over NPLs at a discount (banks took the loss on that) and negotiated restructuring terms that possibly included interest (and perhaps principal) forgiveness with the 'bad debtors', and will now make the banks contribute to the Sinking Fund that will pay the cost of AMCON's intervention.

'The summary is that the borrowers in question ended up getting away with whatever discount AMCON obtained from the banks and the discount they subsequently obtained from AMCON! There is not successful 'bad bank' model that worked this arrangement!'

The report concludes that if AMCON is to successfully deliver its mandate, certain issues should be clarified and addressed.

According to it, these include a well-defined AMCON lifespan, clear mandate and independence from political interference.

Others are AMCON targets in terms of clear, time-bound metrics that indicate the percentage resolutions over specific time periods; and transparency in terms of making recalcitrant borrowers pay a price for their bad behaviour.

It also restates that banks' continuing contribution to the Sinking Fund is an aberration that brings back almost the entire cost of intervention back on the banks, while also maintaining that there is need for supportive legal framework.

The report notes, 'The AMCON Act needs amendment that the National Assembly should expedite action on in order to achieve quicker resolution and higher recoveries.

'More bite given to AMCON will enable the corporation prosecute recalcitrant borrowers who have the attitude that bank loans are shares of the national cake.' Punch