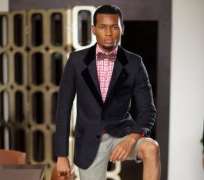 Mavin records first lady, Tiwa Savage who just got married last weekend to her husband Tee billz at Dubai is already back and is already at work again. she seems she doesnt want to take the whole week off and enjoy her celebration. the star singer has made her first post-wedding outing last night at an MTN event in Lagos, four days after her talk-of-the-town Dubai wedding.

She joined colleagues Davido, Iyanya, KCEE, Dr. SID and many others for a night out as MTN announced its new ambassadors. On Saturday May 3, she will spend the night with fans in Ekwulobia in Anambra State where she's headlining Star Music Trek, alongside Timaya, Phyno, Dr. SID and Mr. Raw...