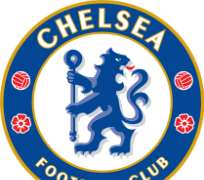 DIEGO Costa has agreed to join Chelsea this summer. A deal worth £75 million, including transfer fee and salary, was finalized at a meeting in London less than 24 hours after Costa's penalty inspired Atletico Madrid's 3-1 Champions League win over the Blues on Wednesday.


Chelsea will pay around £35 million for the striker, although a significant portion of the transfer fee includes agents' fees.

The Europa League champion will also more than triple the wages of Costa, who is believed to earn around £50,000 per week at the Estadio Vicente Calderon. Chelsea is set to hand the 25-year-old a five-year contract worth £150,000 a week.

As reported by Goal in April, the west Londoners hope to confirm the deal before the end of the season and ahead of Costa departing for the World Cup, where he is expected to be an integral member of the Spain squad trying to defend its 2010 crown.

Representatives of the London club have held a series of meetings with Costa's camp in recent months and the latest set of talks around the two clubs' Champions League showdown has closed the deal.

Speaking in the wake of Wednesday night's win, Costa admitted that he had a few offers on the table from rival clubs, but said that he would focus on Atletico's pursuit of the double before making a decision on his future.

Atletico coach Diego Simeone had paved the way in April for Costa to leave by admitting that the Spanish club was powerless to stop him being sold to a club of Chelsea's financial might.

'It will depend on him [Costa] and what he thinks is the best for his future,' Simeone said. 'I will support any decision he makes. It's natural that Chelsea are interested in him.

'We understand that Chelsea have huge financial power and if he wants to live off football for the rest of his life, I will have no problem in him going.'