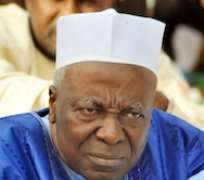 The secretariat of the National Conference has refuted reports indicating that the Federal Government has extended its duration by six weeks.

News reports had quoted a statement issued by the office of the Secretary to the Federal Government, indicating that President Goodluck Jonathan had endorsed a six-week extension to the Conference.

But Akpandem James, Assistant Secretary, Media and Communications for the conference denied the report as not only misleading but untrue in fact.

'If there is need for an extension, a request for that would emanate from the Conference Secretariat to the Presidency, and as at the time of issuing this statement no such request has been made to the Presidency and the Secretariat is not aware of any formal extension of the conference duration by the Federal Government, as reported in some sections of the media.

'As part of its engagement with delegates, the leadership of the Conference had a meeting with Chairmen, Co-Chairmen and Deputy Chairmen of the 20 standing committees to keep abreast with the activities of the committees and also find out if there are challenges that the intervention of the secretariat would be required.

'During the meeting most of the committee chairmen complained of the shortness of time for committee work, citing the heavy workload and relevant assistance they would require from external sources to do a thorough job. It was then agreed that one extra week should be added to enable the committees tidy up their activities and present meaningful reports.

'However, since the following week beginning from Monday May 5 to Thursday May 8 (sitting days), will see Abuja hosting the World Economic Forum, and because some delegates to, and facilities used for the National Conference will be involved and engaged respectively for the Economic Forum, the week following from Monday May 12 to Thursday May 15 was consequently approved for the extension, for conclusion of committee work.

'As a follow-up to that agreement, the Conference Secretary, Dr (Mrs) Valerie-Janette Azinge, formally communicated the decision to all Committee chairmen on Wednesday, April 30. It was clearly entitled 'EXTENSION OF TIME FOR COMMITTEE WORK'.

The full text of the letter reads:
'Please recall that the meeting of the Chairman of the National Conference and Principal Officers with the Chairmen/Co-Chairmen and Deputy Chairmen of various committees agreed that the time allotted for Committee Work in the Work Plan was inadequate. The meeting also took consideration of the adjournment during the May Day and World Economic Forum events which requires the active participation of some delegates.

'As a result, I hereby convey to you the decision to extend the time allotted to the Committee Work as reflected in the attached revised Work Plan.

Kindly ensure that you conclude the work of your Committee during this allotted period. Thank you.'

During the Monday meeting, the Committee leaders also expressed concern over the time allotted for the Drafting of Conference Report and noted that it was too short and may not allow for effective and thorough job. A suggestion of four weeks (of four working days each) was proposed. The Conference leadership pointed out that if that is done, it would mean an extension of the Conference duration, which the Secretariat lacks the authority to do.

Accompanying the letter to the Chairmen, on Wednesday, was a tentative Work Plan which was to explain the possible scenario should the proposal to use four weeks for drafting of the Conference Report be adopted. It was an internal document to guide Committee Chairmen in their work, and not a notice of extension of the duration of the Conference. It must be emphasised that the Conference Secretariat lacks the power to extend the Conference duration and has made that position very clear at every point the issue is raised. The Conference Chairman, Justice Idris Legbo Kutigi CFR, had similarly told the Committee leadership on Monday that if it 'becomes absolutely necessary' to have an extension of time, a formal request would be made to the relevant authorities, and the Secretariat will only act when express approval is granted.

It is rather unfortunate that in spite of the availability of this information, which was further made clear to journalists who sought clarification on this matter on Wednesday, most of them still went ahead to rely on information they got from delegates who were not well informed on the matter, and who themselves are neither chairmen nor deputy chairmen of Committees; and who were neither part of the Monday meeting with the Conference leadership nor were directly notified of the extension of time for Committee Work.'