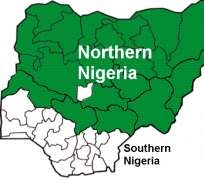 There is a total lack of trust in the current Jonathan led administration's ability to handle the deadly terror situation in Nigeria, most especially amongst northern dwellers, the exclusive victims of Boko Haram carnage. This titanic trust void can no longer be denied or ignored. The northern governors informed the US government of this problem at the recent, March 2014 security meeting in Washington, and outspoken Vice Admiral Murtala Nyako has not missed a day without condemning the Jonathan administration and office of national security, ONSA as being behind “phantom” Boko Haram terror that has claimed 40,000 lives in Nigeria's north since 2011.

The failure of Jonathan's government to arrest a single sponsor of terror in its 5 years is a major contributor to the northern suspicion, and this has been compounded by a series of questionable behaviors by the nation's security department and military forces.

Regardless of our positions or lack of them in this crises, a breakdown of trust as has clearly occurred, dangerously complicates an already dangerous and practically hopeless situation and merits attention and urgent action. The lost trust is not only at northern leadership level, with the Buhari Vanguard today calling for the resignation of President Jonathan and Vice Namadi Sambo at the security meeting scheduled this week; but also at the individual citizen level. In a recent informal, large poll conducted on a news media facebook page at our request, all northerners either asked for “President Jonathan to stop sponsoring and utilizing Boko Haram to destroy the north,” or voted “yes,” for a northern administrator head of northern affairs, especially northern security.

Auwal Ahmad's position as expressed represents the cross-board northern sentiment: “We can no long trust GEJ ever. Again we will not forget the lessons he has been teaching us forever. We lost confidence in him.”

The results gathered thus far were 100% northerner and southerner vote for a regional administrator for the security affairs of the north.

The security problems can never be addressed without trust and full cooperation from northerners and northern leadership. In realization of this, it is essential this demand of the north is considered in the ongoing decisions of the management of Nigeria's immediate future. With a northern administrator in total charge of military and regional security affairs in the north, the Abuja leadership will no longer be blamed for each event of military abandonment of post, military errors, lies and massacres or suspected military cooperation with terrorists. At last Nigeria will be able to fully focus on quelling the dastardly terror that has ruined the nation, killing, maiming and orphaning thousands.

Trading blame, discussing the president's disconnect with the north, or comparing the president to his predecessor, late Umaru Yar'Adua who was able to quell Southern terror with a robust amnesty package and also in his brief stint in office, deal appropriately and decisively with Boko Haram northern terror, practically eliminating the group; gets Nigeria nowhere and simply drags on the bloodshed and calamity. It is time for determinate steps to abate the apparently intractable crises.

As an involved, contributing analyst, I would like to strongly present this position as examined by our organization and as determined from the clamor of practically all the northern people. Serious situations require serious action. We urge this amendment be discussed and immediate plans made to accommodate this top level administrative restructuring.