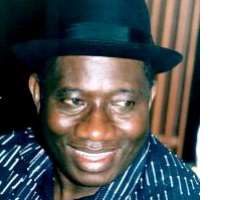 Conflict of interest, duplication of assignments and fuzzy brief are some of the concerns that have trailed the Presidential Projects Assessment Committee, PPAC recently set up by Acting President Jonathan Goodluck. There are concerns that the new body's brief is a duplication of several already established statutory bodies by the Nigerian government. For instance, what is their brief vis-à-vis other statutory bodies given similar functions such as the FECOF, the office of Due Process which approves the projects and has an Independent Monitoring Unit which from time to time assesses Federal Government projects and checks to ensure that contractors keep to the terms of agreement.


Other bodies already mandated by our Constitution to perform similar oversight for which the Presidential Projects Assessment Committee was set up include the National Economic Intelligence Committee, Power Sector Committee, Presidential Steering Committee, National Economic Council, among others. Experts are at a loss as to why a new body was created when there exists a plethora of bodies that can be invigorated to perform better. This development will create inertia at the center.


However, another immediate concern is the constitution of the body and appearance of the conflict of interest with regard to some members. Take for instance, the PPAC is headed by Ibrahim Bunu, who apart from being a former Minister of the Federal Capital Territory is also known as a contractor in some of the Ministries his Committee is expected to assess. The Ministries where he has contracts interest include Works, and Agriculture and Natural Resources. How Ibrahim Bunu will objectively perform his duty without any conflict of interest is difficult to understand. Related is the fact that their terms of reference which include among other things assessing ongoing projects would mean that some projects he started as Minister will have to be investigated. Already there is information that letters have been written to Ministries requesting information on on-going projects. Observers wonder if he can be an objective judge in his own matter.

The same former Minister, Ibrahim Bunu is said to be boasting that some of the reports are ready just within weeks raising the question as to whether they are they working to an answer? If all of these are true, then the Committee's work will under suspicion of targeting some ministries or acting out an agenda. Most importantly, their work will lack credibility and rigour.

While no one can fault the sincerity of Jonathan Goodluck in setting up this Committee, there are however a few clarifications that are necessary or issues that need re-examining before it goes forward with its work. First, the terms of reference for the group needs to be made crystal clear and expunged of any ambiguity to avoid conflict with the other statutory bodies already in place.

For a government that has lost time and steam, the way to propel forward is not by creating new bodies that in any case will spend the better part of 6-8 months finding their bearings and would have to depend on the statutory bodies already in place to function properly.

Our penchant of going outside the books to set up new bodies while ignoring statutory ones is mind bugling. Mr. Jonathan needs to be more strategic because time is not on his side. Rather than rely on new Committees that may suggest that he is not fully in charge, he should be more focused on the issues at hand because his honeymoon with the Nigerian public will soon be over. Political watchers opine that the Acting President needs better advisers and must not allow himself to be rushed into setting up these new bodies. Rather than re-inventing the wheel, he should focus on strengthening what is in place already. They warn that time is not on his side and he must act quickly and decisively.