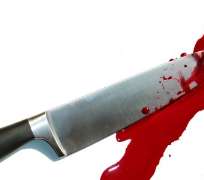 New York, April 16, 2014-Targeted murders of journalists in Syria landed the war-torn country for the first time on the Committee to Protect Journalists' annual ImpunityIndex released today. Syria joins Iraq, Somalia, the Philippines, and others on the list of countries where journalists are murdered regularly and their killers go free.

But there was some good news. Four countries on the Index-the Philippines, Pakistan, Russia, and Brazil-achieved at least one conviction in a journalist murder case, while the United Nations recognized the need to combat impunity in a resolution in November.

"In too many countries, the climate of impunity engenders further violence and deprives citizens- global as well as local-of their basic right to information," said CPJ Executive Director Joel Simon. "Growing awareness about the threat posed by failure to solve journalist murders must be translated into concrete action. Governments and the international community need to work together to end this vicious cycle."

A series of deliberate murders has added a new threat to the mix in Syria, the most dangerous place in the world for journalists to do their jobs, with dozens of abductions, crossfire fatalities, and deaths carrying out dangerous assignments.

Iraq remains the worst offender on the Index. A hundred journalists have been murdered there in the past decade, all with impunity. After a respite in 2012, nine murders took place last year.

Encouraging developments took place in Pakistan, which convicted six suspects for the 2011 murder of Wali Khan Babar, and Russia, where a businessman was sentenced for the 2000 murder of Igor Domnikov. As is usually the case, according to CPJ research, the masterminds of both crimes remain at large. In Mexico, legislation was approved in April 2013 giving federal authorities jurisdiction to prosecute crimes against journalists. All three countries remain on this year's Index.

The deadly pattern of impunity has at long last prompted an international response. In November of 2013, the U.N. adopted a resolution calling on states to end the cycle of injustice, recognizing November 2 as the International Day to End Impunity and calling on the U.N. secretary general to report at the 2014 General Assembly on the progress made in regard to the 2012 UN Plan of Action on the Safety of Journalists and the Issueof Impunity.

The 2014 Impunity Index and full report, written by Elisabeth Witchel, is available online in Arabic, English, French, Portuguese, and Spanish. The index is part of CPJ's Global CampaignAgainst Impunity. For social media, follow us @pressfreedom. For this report, we suggest using the hashtag #Impunity.

For a detailed explanation of CPJ's methodology in the compilation of the index, visit [link].