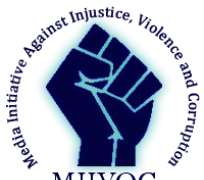 Executive Director of the Group, Mr. Walter Duru, who stated this while addressing newsmen in Abuja yesterday further described the report as sponsored and targeted at misinforming members of the public.

'The claim that creating the NFIC takes away the EFCC's job simply shows that they do not even understand the core function of the Commission. It is a clear indication that they do not understand the mandate of the Commission and the difference between a financial intelligence center and a law enforcement agency. NFIC is a necessary body that must be in place in order for the country to effectively check financial crimes, money laundering, terrorism financing and other dangerous practices. The argument that the Bill will open the Center to litigations is unfounded and baseless. The proposed NFIC Bill is designed to provide a sustainable and credible legal framework for the NFIC in Nigeria. It seeks to provide the NFIC with operational independence, autonomy and greater ability to provide financial intelligence to all the relevant competent authorities (in Nigeria and abroad) in order to strengthen anti-money laundering and combating the financing of terrorism (AML/CFT) measures. It is an international requirement for Nigeria to be seen as a safe country. The NFIU (as it is in Nigeria now) has severally been observed to be deficient by Inter-Governmental Action Group against Money Laundering in West Africa (GIABA) and Financial Action Task Force (FATF) on many occasions. All the relevant stakeholders in Nigeria know the latter fact. Nigeria stands the chance of being blacklisted by GIABA during its forthcoming Plenary coming up in Niamey, Niger Republic between 5th and 9th of May 2014 because of this anomaly, which has been going on for years. All the Bill seeks to do is to provide for those things that give the NFIU's its operational autonomy and strengthen its legal framework in compliance with international standard and best practice.'

'To assure you that they are simply out for mischief and to misinform, the EFCC had long recognized the fact that the NFIU should be operationally autonomous because its board passed a resolution in 2004 to that effect. However, the GIABA and FATF keep on reminding Nigeria that a mere resolution cannot cure the defect but a legal framework.'

Continuing, Mr. Duru explains that 'This Bill is aimed at establishing a national agency that will be responsible for the receipt of information from financial institutions, designated non-financial institutions, law enforcement agencies and other relevant persons, analyse the information for the purpose of turning them into financial intelligence and disseminate the latter to all law enforcement agencies and regulatory authorities without discrimination. The Bill will ensure that the NFIU is not tied to any agency (to avoid abuse and information hoarding). Rather, it has adequate measures to build an independent financial intelligence system.'

'Financial intelligence can also be used to assist the monitoring of balance of payments, use of foreign currency and prevent the abuse of the financial system by criminals. It should be noted that over 139 countries across all continents have established such independent FIUs. Nigeria as a member of the international community needs to establish one in order to be able to exchange information with other FIUs.'

On the report of an alleged US Intelligence Agency faulting the NFIC Bill, the Media and Civil Society expert described such as phantom and misleading, adding that the body's (FinCEN) submission suggested further strengthening of some provisions of the Bill.

Duru further stated that 'The report alleging that a US Intelligence Agency faulted the NFIC Bill is yet another phantom one. It is not only misleading, but also lacking in substance. The reporter made a deliberate attempt to distort facts. FinCEN's comments on the letter by the Chairman, Presidential Committee on FATF, which we have seen is geared towards ensuring that the proposed NFIC is truly independent and autonomous in conformity with international guidelines and regulations. It never expressed any reservations about the Bill, but only advised that it be watertight in order to meet international standards. Twisting it to suggest otherwise is simply mischievous.'

On the position canvassed by the EFCC during the Public Hearing on the Bill by the both chambers of the National Assembly, Mr. Duru described it as insignificant, arguing that the interest and future of Nigeria is far above one individual or organization's interests.

He stated that Out of about twenty stakeholder institutions, only the EFCC opposed the Bill. 'The FIU is meant to serve all law enforcement and other relevant agencies in the country, the EFCC inclusive. No single agency must hijack it at the expense of the majority.'

Continuing, the MIIVOC CEO stated, 'As we talk, Nigeria remains disconnected from the Secured Web of the Egmont Group of Financial Intelligence Units due to the concerns expressed over the autonomy of the NFIU. What this means is that Nigeria can neither receive nor share financial intelligence with other 138 member countries of the Egmont Group on money laundering, terrorism financing and proliferation of weapons of mass destruction, as well as other related matters. More worrisome is the fact that it is happening at a time when Nigeria needs the information most, considering the challenge of terrorism confronting the country presently.'

'The only way out is to have a truly independent and autonomous FIU, as it is in other countries of the world,' he concluded.