THE CHURCH AND GOOD GOVERNANCE 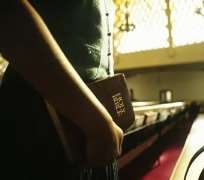 'Justice without strength is helpless, strength without justice is tyrannical.

Unable to make what is just strong, we have made what is strong, just' Pascal, Pensees (1670).

Sadly the Church is yet to demonstrate good example of principles of good governance.

The Africa Church leaders have often been told by secular leaders to clean the huge backlog of injustices, corruption, leadership struggles, poor succession plans, tribalism, mismanagement of resources, the list can go on and on, before they dare to speak against the issues in politics and governance.

In spite of all the above principles of bad governance in the church, the church still has a large presence and commands respect.

It therefore needs to clean the mess in its backyards in order to regain its rightful position in society.

The concept of good governance surfaced in 1989 in the World Bank report on sub-Saharan Africa, which characterized the crisis in the region as a 'crisis of governance' (World Bank, 1989).

Since then, governance whether good or bad has become a major conditionality for donor funds.

The bible does not definitively mention Good Governance, but Genesis 1:28 and 2:15-17 described the situation where God instructed MAN to take care of creation which involves decision making (Stewardship).

Would Bank define good governance as the manner in which power is exercised in the management of a country's economic and social resources for development.

According to Prof.
John Wibberley, Governance means the setting and maintaining of standard of law and order; this may apply at family level but usually in the context of civil society.

Good governance is comprehensive as to issues it affect and considers but not intrusive in seeking to control people's lives in details, as in totalitarian state found both in the extreme left-wing case of communism and the extreme rightwing case of dictatorships; by a small oligarchy and this can even reduce to one dominant leader.

In considering good governance, democracy which refers to the legitimacy of government is seriously considered.

No wonder the quality of government is ultimate attributable to its democratic content.

Neither democracy nor good governance is sustainable without the order; there is need for the convergence of both conceptually and practical.

It extends beyond the capacity of public sector to the rules that create a legitimate, effective and efficient framework for the conduct of public policy.

Bad Governance: refers to the breakdown in the effectiveness of government structures and systems.

The government of developing countries, especially Africa, is often accused of bad governance to the point that donor's funds meant for them are often re-directed to civil society organizations.

Bad governance has negative attributes of the main thrust of good governance related activities such as public sector management, financial management, modernization of public administration and the privatization of state owned enterprises in a transparent, accountable, participatory and equitable manner.

The actors of government depend on the levels of operation.

The Church must ensure that the secular institution recognize the spiritual dimension of governance as without it, we labour in vain.

For palatable governance, the following ingredients should be considered.

Many African countries have observed crucial democratic process in the last two year in observance of good governance.

Nigeria, our big brother in Africa just had their own in April, 2011.

On the 11th August, 2007, Sierra Leone went polls to elect their president and parliamentarians on constituency basis, the first for over twenty years.

The Church in Sierra-Leone, which includes Para-Church organizations like Christian Development Association of Sierra-Leone (CDASL), The Evangelical Fellowship of Sierra-Leone (EFSL), the conduct of peaceful elections in August 11, 2007.

As a Church, we have emphasized the kingdom value for democracy and good governance as recorded in Genesis 1:26-28, I Corinthians 10:24, James 3:17, through seminars, training, workshops and sermons.

The Church has also made several press release, sensitization and community mobilization for violent-free elections.

Prayers have been organized in churches and public places for the elections.

There has been a national declaration of prayers and fasting for peaceful election.

The Church was also involved in the voter education, and provision of local election monitors.

In general, the Church must ensure that: Electors should be encouraged to exercise their votes responsibly, and to call to account their elected leader to act ethically in the cause of justice, peace and care for integrity of creation.

Elected leaders after elections from time to time should be made to report to the people on their duties and pledges in their manifestos.

We must realize that the real issues of democracy begin after election.

Effective strengthening, accountability, rule of law and promotion of participation.

The nations are led in prayers and Biblical thinking towards national well-being and powers that be as recorded in Romans 13.

They prophetically speak out on issues from a Biblical standpoint by key Church leaders and via inter-denominational bodies such as CDASL, EFSL, CCSL, RURCON, CRUDAN, AERL, Tearfund, Micah Challenge/Network, PEN, CAN, etc.

The Church roles in good Governance can be more effective and productive, if the former practically proclaim and demonstrate the principle of good governance itself.

In Micah 6:8 the Lord require the Church to do justly and to love mercy and to walk humble with your God.