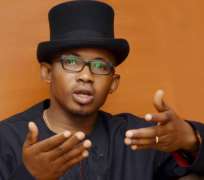 At the end of the extra-ordinary meeting held yesterday 11th April, 2014 in Abuja, the Egalitarian Mission, for Africa (EMA) has condemned the refusal of the INEC to return the Labour Party candidate in the Ilaje/Ese Odo Federal Constituency Bye Election, who had the highest votes, Hon. Victor Kolade Akinjo as the member-elect of the Federal House of Representatives.

It resolved that the decision as a shenanigan which started when Independent National Electoral Commission (INEC), on Sunday (April 6, 2014), declared the Ilaje/Ese-Odo bye-election held in Ondo State as inconclusive.

The Resident Electoral Commissioner (REC) Mr Akin Orebiyi and the returning officer the NGO maintained have erred both in law and in the principles of universal adult suffrage, having bowed to the pressure of usurpers who simply wanted to rig their candidate in while stating that Egalitarian Mission for Africa cannot give-in to the 'scheme of inconclusivity' as selfishly introduced by INEC.

It is instructive to note that the bye-election took place, and returns were respectively made in 21 out of 22 wards which made up the Federal Constituency. For the records the results already collated showed that Labour Party candidate Kolade Victor Akinjo was leading with 23, 926 votes, being closely followed by the Peoples Democratic Party (PDP), which had 22, 628 votes, while the All Progressives Congress (APC) had 9, 232 votes.

The biased umpire was illegally calling for supplementary election in Arogbo ward 2 of Ese-Odo Local Government Area, New Jerusalem in Arogbo ward 1 and some units in Mahin ward, where election did not take place on Saturday (April 5, 2014).

EMA found this most reckless and irresponsible. This underscores the fact that Orebiyi is acting the scripts of some power mongers. As a matter of fact the returning officer's duty is to collate the votes from various units, wards and declare winner the candidate who had majority of lawful votes.

The election tribunal has the sole responsibility and duty to determine any complaint of irregularity, compliance or non-compliance of the election under law.The use of the word 'inconclusive' introduced by the returning officer to abort the will of the people is not applicable in this case, because the only condition for declaration was that the candidate must have majority of lawful votes; which was satisfied in this case.

INEC is laying bad precedent which may end the reign of democracy in Nigeria, our electoral law recognizes the intricacies of election and therefore only makes room for substantial compliance as decided by the Supreme Court in Buhari vs Obasanjo, if the latest and strange position of 'inconclusive election' by INEC is to be followed then election will no longer hold in Nigeria, as it will be difficult to record complete electoral process in 2015 Presidential election putting into consideration the restiveness in the Northern part of Nigeria.

Egalitarian Mission for Africa has petitioned the United Nations and other countries decrying the onslaught against democracy in Nigeria which may lead to the disintegration and dismembering of Nigeria. Its also of interest that in the last12 years, right from the administration of Adefarati, Agagu, and even the incumbent Governor Mimiko, election has not taken place in Arogbo ward 2, the reasons for this apathy is only known to the people of this area.

However, an injury to one is an injury to all, there must be justice for Kolade Victor Akinjo who the principled people of Ondo believe is the representative-elect; it is imperative that INEC come to term with reality and return the winner of the 5th April, 2014 Ilaje/Ese-Odo bye-election without much ado. Consequently, a register to call on INEC to do the desirable will be opened by 2.00pm on Monday, 14th April, 2014 at INEC office, Alagbaka, Akure. Egalitarian Mission for Africa and other Civil Society Organizations are calling on the general public to participate in this just and legitimate congregation, EMA urges the people to come out enmasse and sign the register so that justice and fairness can be entrenched in the interest of our cherished democracy.